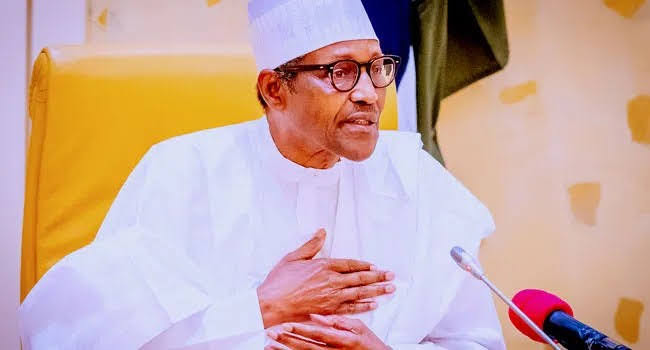 The Independent National Electoral Commission (INEC) has tabled before the National Assembly N305billion as projected expenditure for the 2023 general elections.

The development came amidst concerns over decision by President Muhammadu Buhari, who withheld his assent to the Electoral Act Amendment Bill which was forwarded to him by the National Assembly November 19.

In 2018, President Buhari failed to assent to the bill as amended then with the excuse that the time was too close to the 2019 general election.

By the constitutional provision, the president has up to 30 days to assent to any bill brought before him by the National Assembly or withhold same.

And with the 30-day window expiring Sunday, the 19th of December, the National Assembly is now left with the option of vetoing the president, a decision that has become a subject of controversy among Nigerians.

Explaining reasons for his decision to withhold assent to the Bill, President Buhari listed high cost of conducting direct primaries, the security challenge of monitoring the election, violation of citizens’ rights and marginalization of small political parties among others.

In a communication to Senate President Ahmad Lawan, the president said the current situation across the country won’t allow for his assent to the Bill.

Besides, Buhari said he received “informed advice from relevant Ministries, Departments and Agencies of the government.”

The leadership of the National Assembly had at different times met with Buhari during which they assured the president would concur with them on the Bill.

Prior to the end of the 30-day period, a presidential spokesman, Malam Garba Shehu, had said President Buhari was not under obligation to publicly declare his decision on the  Bill.

Speaking Sunday on Channels Television’s “Sunday Politics,” Shehu argued that taking such a decision to the public without the knowledge of the National Assembly would amount to “unkind treatment of the lawmakers.”

He said: “I’m not in a position to tell you, yes or no. But given the way things are done, the president would have completed his consultations some time back. The president would be communicating with the National Assembly on whatever he decides either yes or no.

ALSO READ THIS:  2023: Buhari’s Ally, Saleh, Others Begin Mobilisation For Tinubu In Kaduna

“And as I said, it would be disrespectful of the National Assembly, for me at this time, to say this is the content of the president’s communication, assuming that the communication has been sent to them. So as I said, allow them to resume, I believe that the president will not act in breach of the Constitution. No, he will do what is right.

Notwithstanding the uncertainty over the fate of the Electoral Bill, the electoral body is pushing on with its plan for credible elections in 2023, just as it announced the indefinite suspension of Ekiti-East bye election after four unsuccessful attempts.

Submissions to these effects were made by INEC Chairman, Professor Mahmood Yakubu, while appearing before  the Senate Committee on Appropriations Monday in Abuja .

The committee, had in view of the 2023 general elections , invited the INEC boss to table before it, projected expenditure for the election for the purpose of capturing it in the 2022 budget billed for passage by both chambers of the National Assembly Tuesday this week.

Yakubu clarified that the N305billion was outside of its yearly N40billion budget.

While noting that N100billion had earlier been given to the commission out of the total projected expenses, the INEC chair said this would not be enough for adequate preparation.

“In submitting the executive proposal to the National Assembly, the sum of N140billion was made available to INEC as a one-line item in the budget, and as usual, we broke it down and submitted same to the committee that oversights INEC in both the House and the Senate.

“The N140billion was broken into two, we take it that N40billion is our regular budget as an agency of government and N100b was the first tranche of the 2022 budget and we have gone ahead to make provisions accordingly.

“For the N40billion annual budget, including in that are also elections that we are supposed to conduct particularly off-season elections. It may interest the committee to know that we have 8 bye-elections pending; three Federal constituencies and five State constituencies. In fact, the last vacancy occurred only last Wednesday following the death of a member representing Jiwa west in Kaduna state.”

In making case for more releases from the N205billion balance , the INEC chairman highlighted before the lawmakers activities that must be carried out ahead of the 2023 general elections.

On the controversial Ekiti East bye election, the INEC boss said it has been suspended indefinitely having tried four times without success.

He lamented that in the last attempt, voters were killed on the queue as well as security operatives and electoral officers at polling units

“INEC will never reward bad behaviour. The election can only be repeated in June next year during the gubernatorial election,” Yakubu said.

In his remarks, the committee Chairman, Senator Jibrin Barau (APC Kano North), said required appropriation would be made for the electoral body in the 2022 budget in the general interest of Nigerians.

He assured journalists after the session that report of his committee on 2022 budget proposals would be laid in plenary Tuesday at both Chambers to be considered and passed.

Meanwhile, the Centre for Transparency Advocacy (CTA) has asked the parliament to veto the president on the bill.

CTA also called on the civil society organisations, students, religious and traditional leaders to prevail on the National Assembly to do the wish of the people as the country looks forward to 2023 general elections.

In a statement Monday in Abuja, Executive Director CTA Faith Nwadishi said Nigerians had hoped President Buhari would have given the country the Electoral Act as amended as a birthday gift but hope was dashed “disappointingly.”

CTA said the delay, until this time, confirmed the fears that the provisions envisaged by the citizens and expectations thereof may be dashed by the actions of the president, stressing that “laws are made in the interest and benefit of the people and not for those in power.”

The statement reads: “The Centre for Transparency Advocacy is by this release in full support of the calls by other CSOs for the National Assembly in the spirit of patriotism to veto the president and pass the bill into law as a way forward to conducting a free, fair, and credible election that will stand the test of time.

“We equally, call on citizens, patriots, the civil society, students, religious and traditional leaders to prevail on the National Assembly to do the wishes of the people as we look forward to 2023 General Elections.

“The Centre for Transparency Advocacy is concerned and at the same time worried that the president seems to be interested more in mundane personal aggrandizement that will benefit a few cabals instead of improving our elections and the integrity of the electoral process across the entire electoral value chain.”

Previous PostAliyu Identifies Unity, Understanding As Roadmap To Peace   Next PostUpdate: APC National Convention To Go On As Planned – CECPC