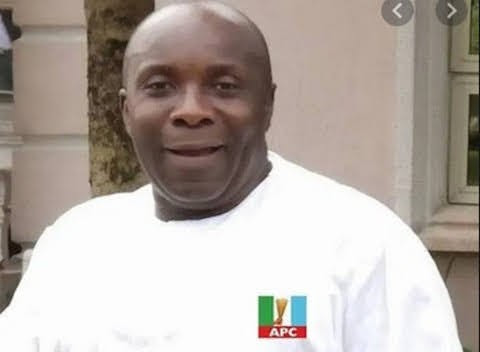 The All Progressives Congress (APC) has described the Peoples Democratic Party (PDP) as callous and insensitive for allegedly politicising the issue of insecurity in the country.

The National Secretary of the Caretaker/Extraordinary Convention Planning Committee (CECPC) of the APC, Senator John Akpanudoedehe, in a statement issued yesterday said it was a regrettable attempt to turn a tragic situation into an object of politicking that crosses the line of political decorum.

According to him, “Suggestions by the opposition PDP that the President Muhammadu Buhari government is insensitive to the heinous activities of bandits in some parts of the country should be seen for what it is, politically motivated, callous and insensitive to victims and our gallant troops battling to end their criminal activities.”

Akpanudoedehe noted that the PDP playing politics with the evil activities of bandits, insurgents and other criminals which had their roots in PDP’s shabby handling of their criminal activities during their formative stages, has exposed the party as unpatriotic, banal, and a wobbling opposition.

He added: “True to form, the PDP continues to expose its desperate politics in which all is fair, including unguarded statements mocking the travails of citizens and efforts of security services, to score political points.”

The ruling party noted that while the PDP “wallows in its delusions to score cheap points,” Buhari administration has strengthened the security services, particularly the armed forces, through military procurement and strategic training which has led to great successes against insurgents, bandits and kidnappers.

ALSO READ THIS:  2023: North Has No Justification To Remain In Power – Tanko Yakasai

Akpanudoedehe said this included the dispatch of high-level security/assessment delegations and delivery of relief items to affected citizens by the National Disaster Management Agency (NEMA).

He added: “A case in point is the recent bandit attack in Sokoto State. Hours after the visit to the state by the federal delegation, our gallant armed forces, elements of the Department of State Services (DSS) and the Nigeria Police Force operations, which neutralised dozens of the bandits and kidnappers, restoring calm in the affected area and the government of Sokoto State commendation of the federal government’s prompt deployment of elite troops who smoked out the bandits and eliminated many of them.”