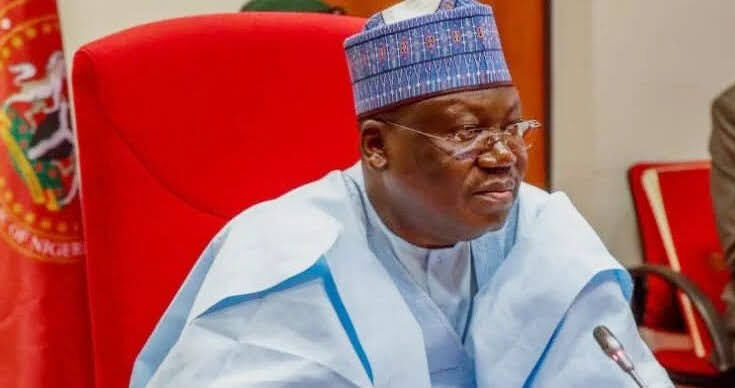 The Senate on Wednesday failed to override the President’s veto on the 2010 Electoral Act (amendments) Bill 2021.

The red chamber made the u-turn when members emerged from a 40-minute closed session.

The President of the Senate, Ahmed Lawan, explained after the executive session that the upper chamber had decided to consult with members of the House of Representatives on the matter.

He said since the House had gone on recess and the constitution prescribes that both chambers should take a joint decision on the matter, it would be proper for them to wait till January before any action could be taken.

Lawan also said the Senate in the closed session agreed that members should consult with their constituencies who are critical stakeholders in the electoral process.

The Senate had on Tuesday, adjourned plenary till today (Wednesday), to enable them to override the President, Major General Muhammadu Buhari (retd.), on the 2010 Electoral Act (amendments) Bill 2021.

An investigation by our correspondent had revealed that the federal lawmakers agreed to vote on the matter on resumption of plenary today.

The senators who spoke off and on the record said they were not satisfied with the conditions given by the President to withhold assent to the Electoral Bill.

ALSO READ THIS:  2023: North Has No Justification To Remain In Power – Tanko Yakasai

Buhari’s position was conveyed in a letter addressed to the Senate President which was read during the start of the plenary after the chamber came out from its first closed session.

President Buhari in the letter dated December 13, 2021, explained that his decision to withhold assent to the electoral bill was informed by advice from relevant Ministries, Departments and Agencies of Government after a thorough review.

According to the President, signing the bill into law would have serious adverse legal, financial, economic and security consequences on the country, particularly in view of Nigeria’s peculiarities.

He added that it would also impact negatively on the rights of citizens to participate in the government as constitutionally ensured.

The Senate later dissolved into a closed session at 1:57 pm on Tuesday to discuss the reasons given by the President, for declining assent to the 2010 Electoral Act (amendments) Bill 2021.

The Senator representing Rivers East, George Sekibo, raised a point of order asking the Senate to go to a closed session to discuss the issue.

The Senate President sustained Sekibo’s point of order and the closed session commenced by 1.57 pm.