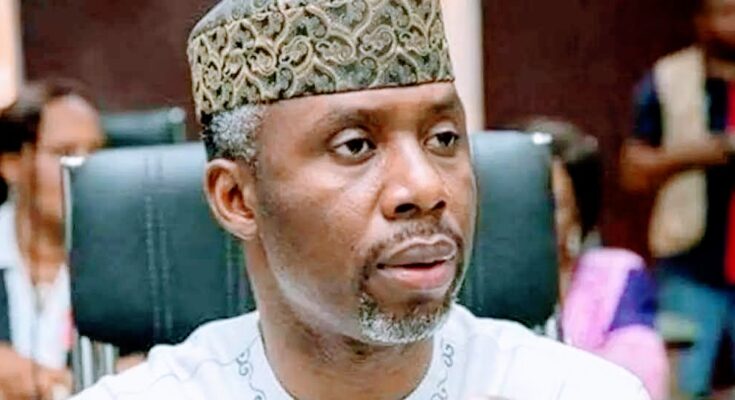 I Was Stripped Half-Naked, Handcuffed On Uzodinma’s Orders – Uche Nwosu

The 2019 governorship candidate of Action Alliance, AA in Imo State, Ugwumba Uche Nwosu has accused the Imo State Governor of sanctioning his arrest, saying he was stripped half-naked, handcuffed on the orders of the state governor.

Nwosu who is also the son-in-law of a former governor of the state, Rochas Okorocha, now Senator representing Orlu Senatorial District, advised Uzodinma to eschew bitterness and concentrate on governance than politics.

The former chief of staff stated this while briefing journalists on Tuesday in Owerri, Imo State.

ALSO READ THIS:  Christmas: Gabi Of Lokoja Felicitates With Christians, Calls For Unity

Nwosu who was visibly angry said those who abducted him manhandled him before ordering him to lie on the floor in the vehicle and one of them rested one of his legs on my head.

Narrating his ordeal, Nwosu said,” When they drove off, they started calling in Hausa and unknown to them I understand Hausa. They were telling one Shaba, who is the Chief Security Officer that they have got me. At Umuaka, they stopped and ordered that I should get down. At that point, I thought they were to assassinate me. They bundled me into another vehicle and they drove off.”

According to him,” When we got to Owerri, three other vehicles drove straight to the government house and the one carrying me drove towards Okigwe Road, and I asked them where they were taking me to but they never responded to me. They drove towards Okigwe and stopped. At this point, I thought they wanted to assassinate me. They asked me to remove my cloth, handcuffed me, snapped me, made a video, and sent it to the governor’s CSO.

“We continued until we got to Enugu airport. We waited for about 90 minutes before a chartered flight arrived. We boarded and we landed in Abuja. We moved to force headquarters and we did interviews. They accused me of sponsoring insecurity in Imo State. I want to thank the IGP who intervened and ordered my release.”

ALSO READ THIS:  Looters On Rampage As Fire Guts Next Cash And Carry Supermarket In Abuja

Reacting, the state Commissioner for Information and Strategy, Declan Emelumba, said Senator Uzodinma has no hand in Uche Nwosu arrest, it’s the law that caught up with him. It has nothing to do with Uzodinma. If he commits an offence, he should be arrested like everyone.