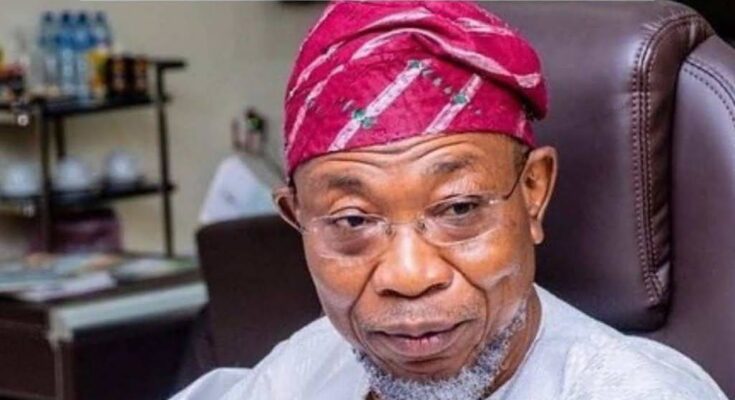 The Minister of Interior, Rauf Aregbesola has declared that he belongs to The Osun Progressives, a factional group of the All Progressives Congress (APC) in Osun State.

The declaration comes about 183 days to the governorship election in the state.

The former governor said he belongs to the group chaired by Razaq Salinsile.

Recall that TOP had demanded that Governor Gboyega Oyetola resigns from the National Caretaker and Extraordinary National Convention Planning Committee since he has declared his intention to contest for a second term as the state governor.

Aregbesola said this on Friday during the commissioning of the Digital Nigeria Centre (DNC) at Ijesa, Osun State.

“For anybody who seeks to know should know that APC has divided in Osun State.

“We have APC of Rauf Aregbesola which is chaired by Hon Razaq Salinsile and the other. Everybody is doing his or her own, later, we will renegotiate, we will rearrange everything,” he said.

“The caucus that produced our faction is called The Osun Progressives (TOP) chaired by Elder Lowo Adebiyi.

“Those people who are doubting whether I am part of TOP or not should listen up, I belong to TOP wholeheartedly.”