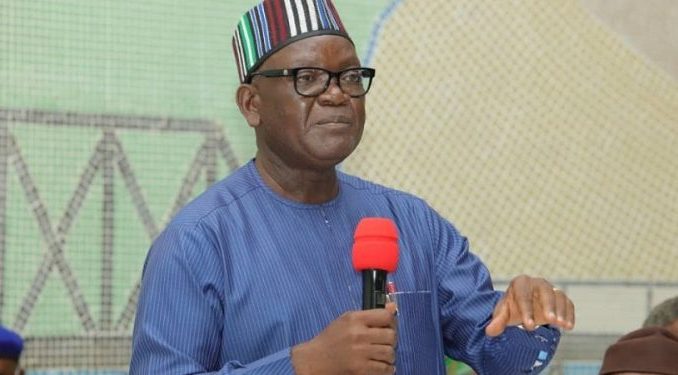 The Tiv Youth Council Worldwide has challenged Benue state Governor Samuel Ortom to slow down in giving attention to trivialities but rather execute projects and invite Vice President Yemi Osinbajo to commission if he wants to truly welcome him to Benue state.

The President of the Tiv Youth group, Hon. Mike Msuaan, stated this while reacting to the alarm raised by Governor Ortom over the purported refusal by security personnel at the gate of the tactical air command Airforce base Makurdi to allow him entrance to welcome Vice President who was transiting to Taraba enroute Makurdi.

The group regretted that the governor was always in the news for trivial issues but conspicuously missing on issues of development and urged him to retrace his steps.

“Governor Ortom can have the Vice President stay in the state for days if he invites him to commission projects. On occasions like that, the governor can welcome him amidst fun fare and extend all courtesies to him. This will elicit accolades from the Vice President and the people of Benue who have continued to yearn for development,” Msuaan stated.

From the confidential official communication made public by the governor, notification had been sent to him informing him that the Vice President is transiting from Makurdi Airforce base to board a waiting helicopter to Wukari, Taraba state.

The President of the Tiv Youth Council Worldwide stated that the governor on receipt of the letter would have initiated communication with the commandant of the Airforce base intimating him of his intention to briefly welcome the Vice President if he so desired.

Msuaan condemned the governor for bringing confidential official communication to the public when it was an issue that could be treated through official channels.

“This is why we are convinced that Governor Ortom uses anything around the presidency to make headlines in his quest for popularity. It is needles politics bringing an issue which can be dealt with officially through the right channels to the media”, the statement noted

Previous Post2023 Presidency: Tinubu Hits Ogun, Meets With Awujale, Other Monarchs Next PostHOUSE RENT: Nigerians Must Not Continue To Suffer In The Hands Of Shylock Landlords — Sen. Smart Adeyemi