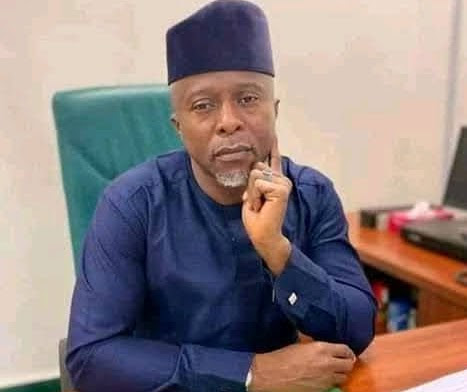 As the political equation towards 2023 election gathers momentum across the federation, a group, under the aegie of Lokoja Central Development Organisation (LCDO) has endorsed member representing Lokoji/Kogi federal constituency, Hon. Barrister Shaba Ibrahim (PDP) for another term.

Giving reasons for their endorsement on Saturday, the group said, Ibrahim’s unprecedented performance, plus his unending responses to the yearnings of his constituency, were beyond measure.

Speaking on behalf of the group, its leader, Alhaji Shehu Bala Yakubu, said the decision to endorse Barrister Shaba Ibrahim for a second term was taken after meeting with all its coordinators.

He explained that the coordinators were drawn from ten wards of Lokoja local government area.

Yakubu said the group, at its  meeting, commended Barrister Shaba for sound delivery of dividends of democracy across, not only the federal constituency, but entire state.

“At the meeting with our coordinators, we praised Hon. Barrister Shaba Ibrahimi for not only ensuring a robust and qualitative representation at the Federal level, but for also cementing democratic representation among other legislators from the state.

“We, as constituents, have seen and believed in his good works and we have come out today to officially and publicly endorse him for another term, come 2023 as compensation for his good work.

“Our representative has been a focused, committed, resilient leader. In fact, he has shown consistent leadership style since he assumed office in the National Assembly. We are so pleased with his display of great sense of courage, steadfastness and tenacity of purpose,” Yakubu affirmed.

Yakubu further admonished people of Lokoja/Kogi federal constituency to reciprocate such gestures by ensuring that they get their Permanent Voter’s Card (PVC)
and vote Barrister Shaba Ibrahimi once more come 2023.

Recall that Hon. Barrister Shaba Ibrahim who is also the Sodangi of Lokoja had the endorsement of Lokoja Youths Association, (LYA), for a second term during the week.