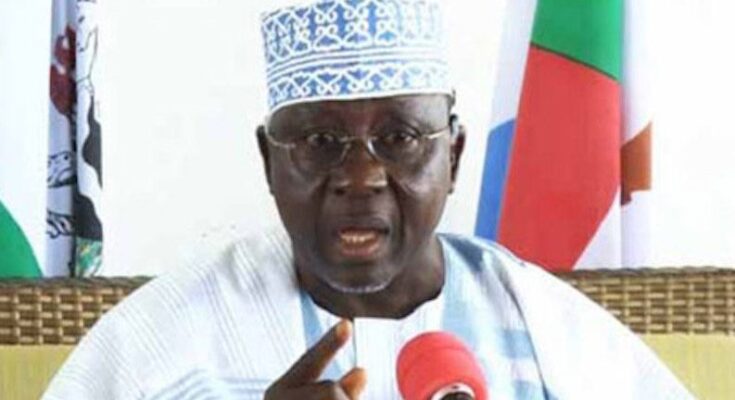 A Chieftain of the All Progressives Congress, APC, in Kogi State, Alhaji Shuaibu Abubakar Audu, has eulogized Senator Umaru Tanko Al-Makura, saying his political exposure over the years will sustain the gains and secured the future of the APC if he emerged as the party’s National Chairman.

Audu who is the son of late Prince Abubakar Audu, disclosed this in a statement made available to newsmen on Tuesday, urging delegates and stakeholders to rally round Senator Al-Makura to victory.

Senator Al-Makura, a former governor of Nasarawa State who now represents Nasarawa South constituency at the Senate according to him at the helm of affairs, would also curb the crisis ravaging the party.

“I enjoin delegates of our great party, APC to vote overwhelmingly for Senator Umaru Tanko Al-Makura in the forthcoming convention.

“Senator Al-Makura is one of the leading elites and an astute legislator in the Senate at present. He is a former governor recognized for his immense contributions both in human and capital developments in Nigeria’s politics.

“In respect to his political credentials, it is expected that having him as the National Chairman of our party would draw tremendous progress both within the party and country at large and also curb the crisis ravaging the party.

“His leadership quality is assured and his political exposure spanning from the governorship to the Senate can leverage an overall success for the party.

“Furthermore, his integrity, popularity and accountability are key in accelerating the party’s aims and objectives. The APC is not a developing party, it is the largest political party in Africa.

“Therefore, vote for competence. Vote for Senator Al-Makura as National Chairman,” he said.

He added that Senator Al-Makura will reposition the party for more successes in 2023 and beyond, given his far-reaching goodwill within and outside the party.