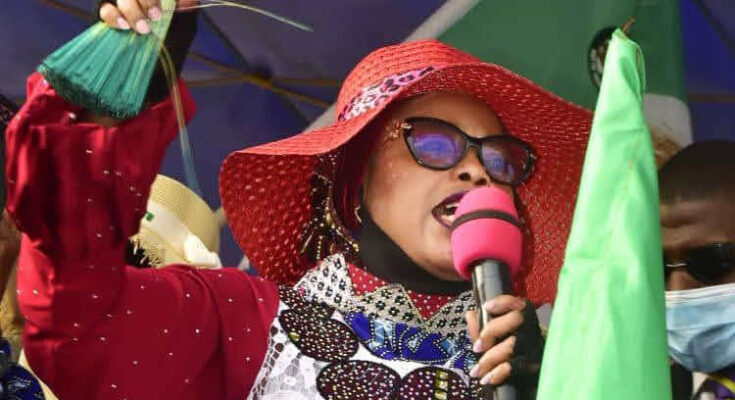 The Peoples Alliance for Indigenous Rights (PAIR) has dismissed a newspaper report that the Minister of State, FCT, Dr. Ramatu Tijani Aliyu, was heckled at the presentation of Certificates of Return to newly elected area councils’ chairmen on Friday in Abuja.

In a statement on Saturday, National Coordinator of the PAIR, Isa Pai, accused the newspaper of reporting out of context as those who applauded the minister’s suggestion to the INEC were overwhelming.

“Newspapers and media houses need to guard their integrity like a woman’s honour. During last Saturday’s area council elections, there was widespread failure of BVAS leading to the disenfranchisement of some voters. This election obsevers like YIAGA Africa have noted in their preliminary report on the election.

“As an important stakeholder in Nigeria’s political environment, the Hon. Minister of State FCT, Dr. Ramatu Tijjani Aliyu, suggested the possibility of allowing registered voters to vote in places of widespread failure of the BVAS as was witnessed in the area council elections.

“For a newspaper to twist facts when the minister was widely applauded bothers on mischief and a new narrative of some individuals to taint the hard earned reputation of the minister as unfortunate,” the statement reads.

Pai further stated that the minister has continued to receive commendation one of which was from the NUJ FCT over her exemplary leadership and accommodating administrative style when she paid an unscheduled visit to the union, recently.

The PAIR coordinator called on media organisations to be circumspect about reports from some of their reporters as they could be misleading and reinforce public distrust of the media.