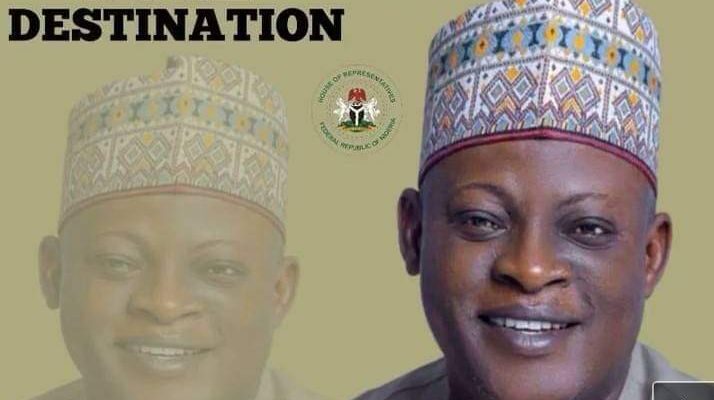 A Group, Edoka4Reps says it has concluded plans to purchase Nomination and Intent Form for Comrade Onuh Edoka ahead of the 2023 house of representatives election for Ankpa/Omala/Olamaboro federal constituency.

The Director General said the Group’s clamour for Comrade Onuh Edoka is to enable him replicate the outstanding feat he has achieved as chairman of the Kogi State chapter of the Nigeria Labour Congress, NLC, for the
constituency.

Edoka, is currently the NLC chairman in Kogi State.

The Group’s Director General noted that having x-rayed his performance, arrived at the conclusion that Comrade Edoka has the capacity to represent Ankpa/Omala/Olamaboro federal constituency.

Hon. Omale who described Edoka as a man of vision, and a transformer, said the NLC chairman has the magic wand to bring needed growth and prosperity to the federal constituency.

He added that aside the ongoing efforts to inaugurate all Ward chapters of Edoka4Reps Support Group, the group will begin a statewide advocacy to drum support for Comrade Onuh Edoka before the APC Primaries.

“We have our headquarters in Ankpa. We viewed the forthcoming 2023 general election as a defining moment for the constituency which needed federal government presence, and this is why we are clamouring for him to contest to rescue the area”, the group asserts.

ALSO READ THIS:  FCT Minister Of State Congratulates Adamu, Others

The Director General, however called on all APC stakeholders, youths, women and people living with disabilities to massively throw their support for Comrade Onuh Edoka.