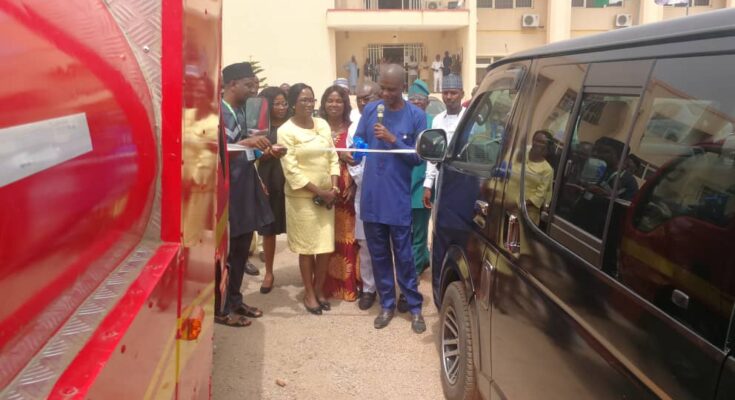 The Vice Chancellor of the Federal University Lokoja, Prof. Olayemi Akinwunmi has received two 18 seater buses and a fire tender as his second year commenced in a grand style.

The vehicles are to assist management in the movement of staff, students and to fight fire emergencies. 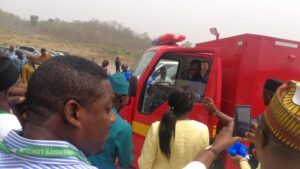 The two 18 seater buses and a fire fighter machine was donated by a public spirited individual.

Prof. Akinwunmi used the occasion to call on other public spirited individuals within and outside the state to assist in the development of the FUL, disclosing that the Federal Government cannot do it alone. 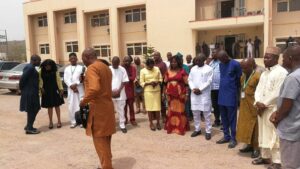 He described the funding of Education as a collective responsibility, said the Institution would from next week start visiting some indigenes of the State for assistance.

While pointing out that the task of making the FUL a world class institution requires the collaborative efforts of all, thanked the donor for the gesture.

In her remarks, the Registrar of the University, Mrs Rebecca Aimiohu Okojie, commended the leadership of Prof. Olayemi Akinwunmi, described the buses and fire fighting machine as sign of greater things to come through partnership. 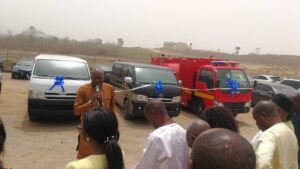 The Registrar explained that the success and failure of any organization rest on the leadership, described Prof. Akinwunmi’s efforts thus far as commendable.

Earlier in an opening remarks, Mallam Umar Ibrahim, Transport Officer, FUL, said the donation of the buses and fire fighting machine was the first of its kind since the establishment of the Transport Unit in October 2011.

He attributed the success to the leadership of Prof. Akinwunmi, pointing out that it will help ease the movement of staff and students.

Highlights of the ceremony was the official cutting of tape and test running of the vehicles by the Vice Chancellor, Prof. Olayemi Akinwunmi.