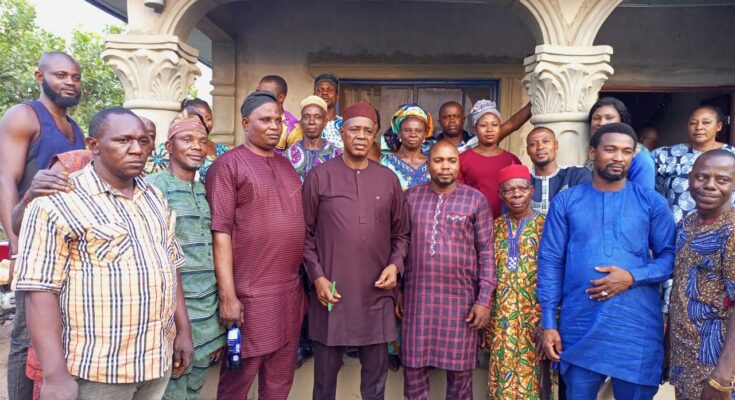 Omodara who was both with the Local government and Ward Executives to appreciated them for the absolute support and cooperation giving to the party and most especially to the government of Alh. Yahaya Bello.

The State Security Adviser said now that they are preparing towards the convention slated for 26th of March, urgged them to do all it takes to ensure peace among other members of the party and ensure that Gov. Yahaya Bello picks the ticket for his presidential race.

Omodara also used the opportunity to inform the Executives of his ambition to contest for Member House of Representative for Kabba/bunu- Ijumu Federal constituency come 2023 but he said the support and directives of his loving and amiable boss, Alh. Yahaya Bello, the executive Governor of Kogi State will determine his race.

The representative of the Local government Exco in Olle okefin Ward duly appreciated Duro Omodara for his top notch empowerments within and across the ward and Kabba/bunu LGA as a whole.

He emphasized that if only more of Omodara are in Gov. Bello’s cabinet, said things will be more easy for them to support the party and win convincingly during the forthcoming election.

ALSO READ THIS:  You Are The Next President, Ondo Monarchs Tell Tinubu

He said the declaration of Omodara to contest is not for himself alone but for the liberation of the electorates in kabba/bunu- Ijumu federal constituency because they had always known him to be a sincere, dedicated, loving, philanthropist personality who is embedded in humanitarian services at all time, assured him of full support and assured him of their prayers for his success.