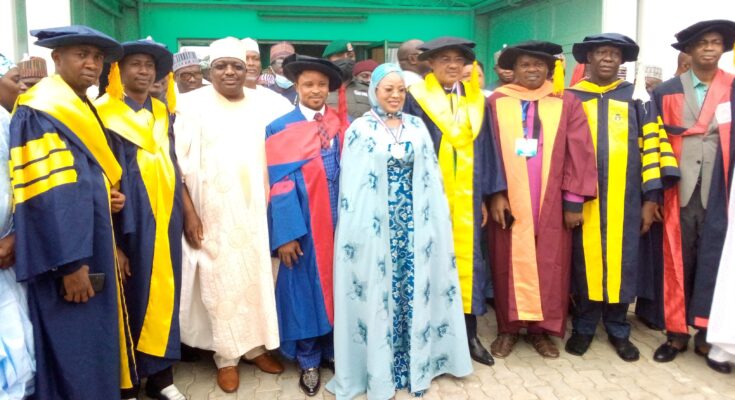 The Executive Director, Risk Management, Keystone Bank, Alhaji Tijjani Ahmad Aliyu, has been conferred with an honourary doctorate degree in Finance and Corporate Governance from the European-American University (EAU).

He was conferred with the degree at the convocation ceremony of the institution which held on Saturday at the International Conference Center, Abuja.

Speaking at the event, Professor John Kersey, President of the EAU, commended Aliyu for his efforts in promoting the education sector.

In his acceptance speech, Dr Tijjani Ahmad Aliyu who is also the Sardauna Kakanda Kingdom said he was honoured to be awarded the degree by the vice-chancellor, the governing council, as well as the Senate of the university.

He described EAU as a centre of excellence that has produced a large number of illustrious individuals in both private and public sectors of the country.

The Keystone Bank executive director also noted that the institution has produced notable nation-builders who he said have contributed immensely to the development of the country.

The Sardaunan Kakanda, however, decried the state of the nation’s education and called for joint efforts from the government and the private sector to improve its condition.

He said there was a need for the private sector to support the Federal and state governments, to rebuild universities across the country.

“The state of education in Nigeria today requires the intervention of the private sector,” said the Keystone Bank chief.

He added, “The Federal and state governments cannot do it alone. I now call on the private sector to support the improvement of education in Nigeria.

“In this regard, I encourage the Federal government to licence more private universities and academic institutions that can enhance the quality of education in Nigeria.”

In his Goodwill message, the Agankyu of Kakanda, Alhaji Muhammed Sanni,
thanked the institution’s authority for deeming one of his traditional title holders (Sardaunan Kakanda) worthy of the award.

Represented by the Shabamiya of Budan, Alhaji Iliyasu Waziri, the monarch said; “Dr Tijjani Ahmad Aliyu is an illustrious son of Kakanda in whom we are well pleased.

“His astute contributions to the development of the banking industry in Nigeria as well as his efforts in pioneering the digitalization of banking services in Nigeria no doubt made Keystone Bank Plc a leader and pacesetter in the industry today.

“We are proud of his achievements and on behalf of the people of Kakanda Kingdom, I congratulate him on his honourary doctorate degree award.”

In a Goodwill message, Senator Philips Aduda, representing FCT, said; “We are not surprised with your conferment of Doctorate Degree award by the EAU because it is a well-deserved award and we say Congratulations.

“We know for sure that the award will surely not be the last award you will receive because we foresee many more awards being conferred on you by other institutions or organisations in the years ahead in view of your many philanthropic services”. 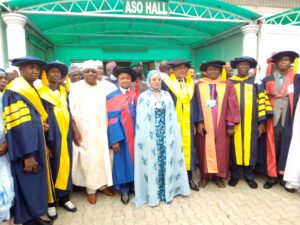 Below are pictures at the event: 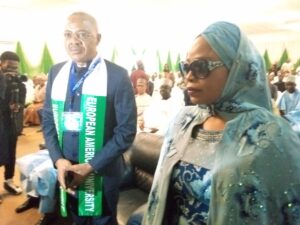 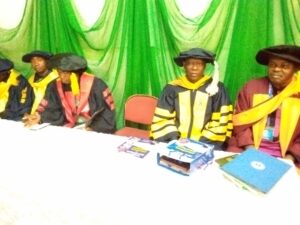 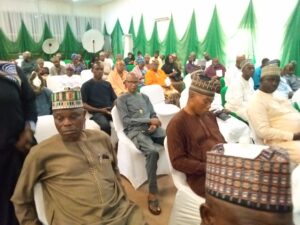 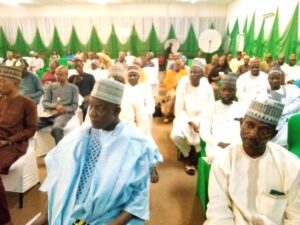 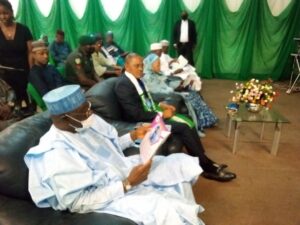 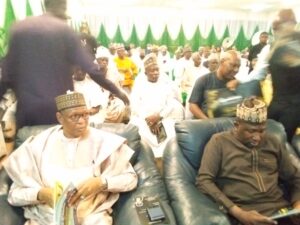