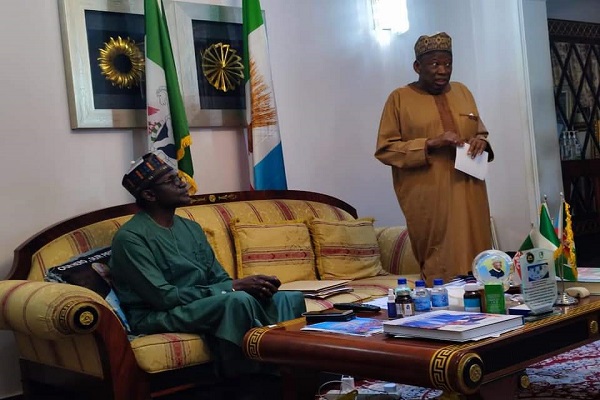 Chairman of Caretaker/Extraordinary Convention Planning Committee (CECPC) of the All Progressives Congress (APC) and Governor of Yobe state, Mai Mala Buni, on Sunday said all is now set for the ruling party to hold its national convention.

The APC National convention is scheduled to hold on March 26, in Abuja.

He disclosed that the activities of the Protocols Subcommittee have instilled confidence in members that all is set for the biggest party in Africa to now hold its National Convention. 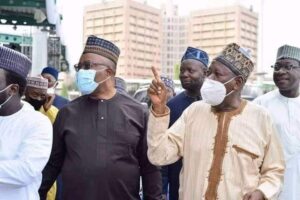 Buni, who was briefed by the Protocols subcommittee chairman and Governor of Kano state, Abdullahi Umar Ganduje, at his residence in Abuja on Saturday night, noted that the committee has gingered pessimistic party members that the convention is going to hold on the slated date (March 26).

Governor Ganduje, in a statement issued by his Commissioner for Information and co-opted member of the committee, Malam Muhammad Garba, quoted Buni as assuring that the APC is organising a convention with a global outlook that calls for concerted efforts by all members.

Buni commended the Protocols subcommittee chairman, his vice and other members for doing a good job at the venue and ensuring that the party is organised ahead of the convention. 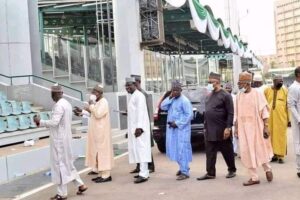 He said “the subcommittee is second to the main Convention Planning Committee, in view of its importance, which informed the appointment of Governor Ganduje to chair it alongside other illustrious members who have track records of achievements in their respective endeavours.”

He charged the committee to work in synergy with other committees, particularly with the Protocol Office, State House Abuja, in view of the fact that President Muhammadu Buhari and Vice President Yemi Osinbajo would be attending the convention.

The protocols Subcommittee chairman, Governor Abdullahi Umar Ganduje, told Buni that recruitment of young men and women who will serve as protocol officers and ushers during the national convention has been completed.

“The recruits are receiving training, which is part of the responsibilities of the Protocols committee. 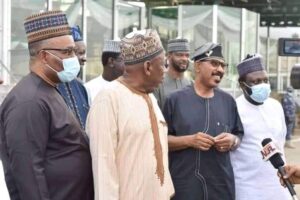 “The committee has also been working to come up with a programme of event for a successful convention of the party,” Ganduje explained.

Ganduje thanked the chairman of the CECPC for finding him and other members of the committee worthy to serve.

He pledged to work with the central planning committee and other subcommittees to ensure that a successful convention is held.