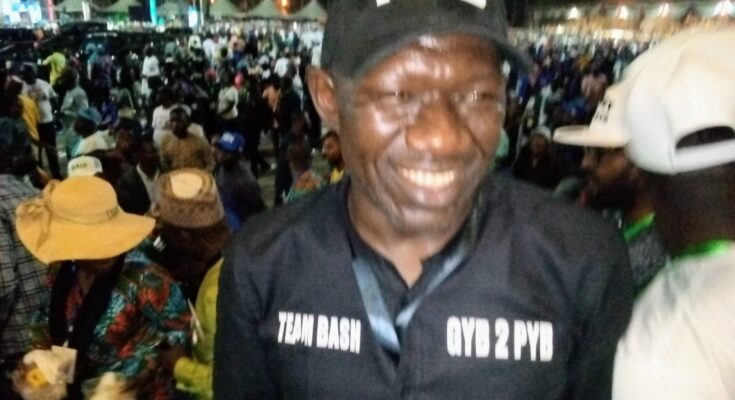 The Kogi State Commissioner for Solid Minarals and Natural Resources, Engr Abubakar Bashir Gegu, has congratulated Senator Abdullahi Adamu and members of the newly-elected National Working Committee (NWC) of the All Progressives Party, (APC) on their emergence.

In a statement issued on Sunday, he urged all members of the new team to work toward unity and harmony.

This, he said, would help the party succeed in the 2023 general elections.

He urged them to swing into action by uniting party members ahead of the general elections.

“I want to charge the new National Chairman to urgently commence the process of getting all members united and committed ahead of the 2023 general elections.

“Also, I want to congratulate President Muhammadu Buhari, the newly elected members of the NWC, and other members of the party for the success recorded at the national convention.

The All Progressives Congress (APC) held its national convention at Eagle Square in Abuja on Saturday.

In a related development, Bashir Gege, in an interview with newsmen during the APC National Conversation, at the Eagles Square in Abuja, called on Nigerian youths to embrace and support Governor Yahaya Bello for 2023 presidency.

The commissioner said the youths must begin to look inward and support their own vying for political positions in next year’s general election.

He said there was a need for the youths to rally around the presidential aspiration of the Kogi State Governor, Yahaya Bello, saying he was the one that could put the country into proper shape.

He said, “Governor Yahaya Bello is the only one who will provide purposeful leadership and good governance if elected as President in the 2023 general elections.”

He said no where in the length and breadth of the country has any one placed emphasis on youths in governance like Governor Bello has done.

ALSO READ THIS:  Why I am Contesting For Kogi West Senate – Engr. Stephen

“Governor Bello who has given women and young people the platform to be the drivers in their own affairs, will perform well if elected into an exalted office.”

The commissioner who also a chieftain of the APC I the state hinted that the governor will officially declare his Presidential ambition on Saturday, 2nd April 2022 at the Eagle Square, Abuja.