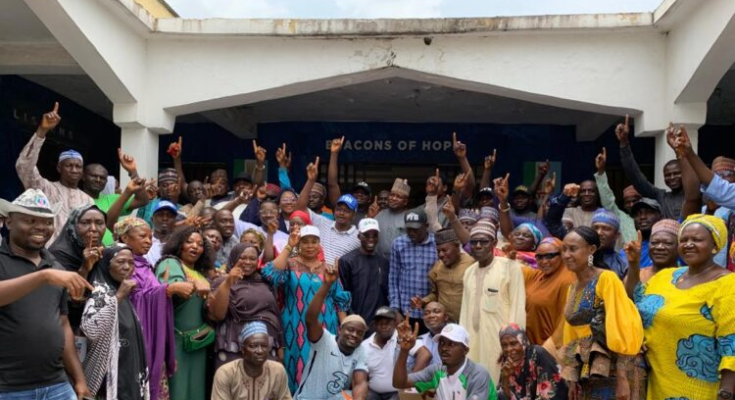 Stakeholders of the All Progressives Congress (APC) from Lokoja/Kogi Federal Constituency yesterday, in Lokoja appealed to the leaders of the party in the state and Governor Yahaya Bello, to consider the constituency in the 2023 Kogi West Senatorial slot.

According to them, after Kabba-Bunu/ Ijumu federal constituency had produced senators for 16 consecutive years and Yagba has consistently produced candidates who unfortunately failed to win elections, they implored the Governor to support the constituency in its quest to produce the next senator.

While reading the welcome address of the Lokoja/Kogi Federal Constituency stakeholders meeting on behalf of the two local government areas that make up the federal constituency, at the occasion, the Special Adviser to Kogi State governor on Job Creation and SME, Hon. Danladi Sulaiman Aguye said the people of the federal constituency are more united in the senatorial struggle coming to the it zone in 2023.

He said; “as people of Lokoja/Kogi federal constituency, we are all gathered to speak with one voice, that the 2023 Senatorial seat be zoned to our region in the interest of fairness, equity and Justice.

Aguye, who disclosed that the people of Lokoja and Koton-Karfe, are solidly behind this agitation, explained that since the inception of Democracy in 1999, it was only Senator Tunde Ogbeha, from the the axis that had served as a Senator from 1999 to 2007.

According to him, “since then, Lokoja /Kogi federal constituency is marginalized. We called for this meeting in order to inform the world that it’s our turn to produce the next senator that would represent Kogi West Senatorial district on the platform of APC in 2023,” he stressed.

In his own remarks, the Commissioner for Solid Minerals and Natural Resources, Engineer Abubakar Bashir Gegu, maintained that they firmly stand by the resolution of the APC stakeholders saying that the senatorial slot be zoned to Lokoja/Kogi Federal Constituency after the expiration of the tenure of the incumbent, Senator Smart Adeyemi, who is from Kabba-Bunu/Ijumu Federal Constituency.

“This agitation would continued unabeted. It’s an agitations that would liberate the people of Lokoja/Kogi Federal Constituency from unnecessary domination by our brothers from the Okun axis” the commissioner explained.

The Commissioner further stated that in terms of voting strength, Lokoja and Kogi local government areas have remain the deciding factors in all senatorial elections held between 1999 to date.

He said that the agitations is not based on individual interest, rather is for the collective interest of Lokoja/Kogi constituents who are long been marginalized since the inception of democracy.

He therefore appealed to the people of the area to support the move by adding their voices to the agitations.

According to him, the occasion was a unique opportunity for stakeholders in the federal constituency to discuss the achievement and way forward for the zone adding that, “We are especially happy with the success so far recorded by our political office holders at federal, states and local government levels in terms of youths employment and empowerment.

He said the federal constituency was “deeply indebted to Governor Yahaya Bello for the various projects, completed and ongoing in the region.

In his speech, the Kogi State Chairman of the Universal Basic Education Board, (SUBEB), Comrade Abdullahi Sulaiman Ndalayi, called on the electorate and members of the party in the state to ensure they register and collect their Voters Registration Cards (PVCs) from INEC offices.

ALSO READ THIS:  APC Director Of Admin Felicitates With Muslims At Ramadan

He said the exercise is very important to consolidate the party’s success in the state while calling party faithful to ensure the party retains its position in the scheme of things in the state.

Ndalayi who boasted that APC remains the party to beat in the state said members should ensure they participate in the ongoing registration exercise by updating and collecting their PVCs.

See pictures from the event below: 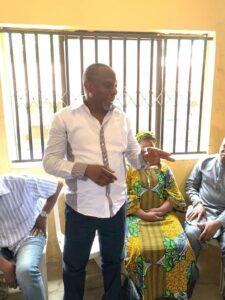 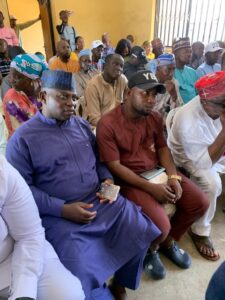 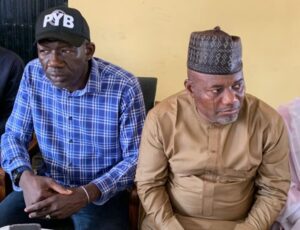