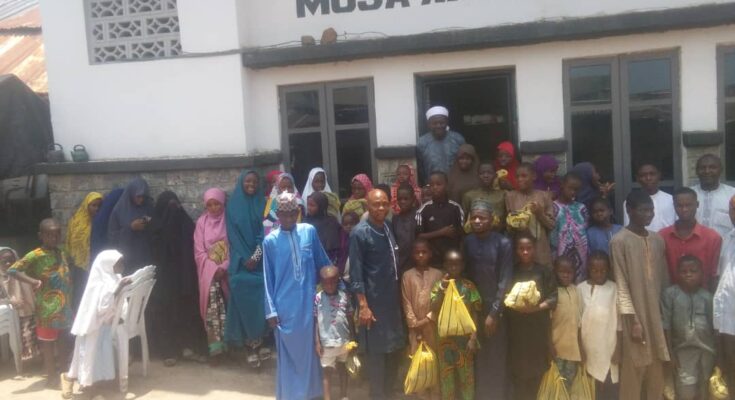 No fewer than 120 orphans in Lokoja, the Kogi State capital have received clothing materials from Musa Nasidi Foundation to celebrate the coming Sallah festival.

The clothes were presented to the beneficiaries at the Late Musa Nasidi Masjid (Mosque) on Saturday in Lokoja by the Hakimi of Ward D, Isah Baba Nasidi.

The Hakimi, during the distribution of the clothing materials, said the gesture was to make the orphans feel loved like other children. 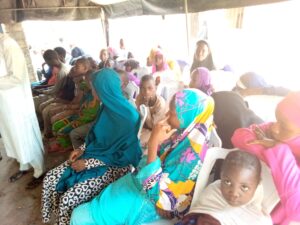 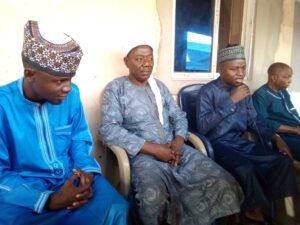 According to him, the foundation has been supporting orphans in the area in the last 5 years.

“These children have lost their parents, therefore, we find it necessary to assist them so that they can also feel happy like other children.

“Other wealthy individuals and politicians should also assist the less privileged ones and those that lost their parents. It will put smile on their faces, and almighty God will reward those who assisted.

“Clothing is one of the basic human needs, hence, giving it out to the orphans is important, we want them to look good during the festive period,” he said.

According to him, the foundation has also distributed clothing materials to over 30 mothers, 10 Imams and over 50 youths, among others in the local government area. 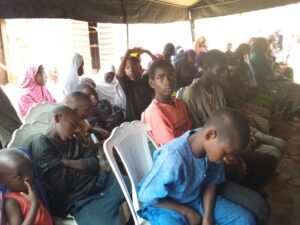 He added that some other beneficiaries were provided financial assistance and food staff since the beginning of the Ramadan.

The Hakimi said no fewer than 40 orphans are also being sponsored by the foundation to study in primary and secondary schools across the LGA.

In his remark, a veteran journalist, and Publisher of the Analyst Newspaper, Alhaji Musa Tenimu Nasidi, who represented the family advised the beneficiaries to make proper use of the materials and pray for peace and unity in the country.

He said; “We are only trying to emulate our prophet, peace be upon him, who directed us to always assist the orphans. Anybody that assist orphans will be rewarded in abundance by Allah.

Nasidi lamented that the number of orphans is increasing not decreasing in the country as he urged other wealthy ‎individuals to increase their assistance to less privileged.

One of the beneficiaries, Khadijat Abubakar appreciated the gesture, saying most of them had lost hope of getting new clothes before the Sallah festival.

She called on other wealthy individuals and politicians to emulate the gesture.