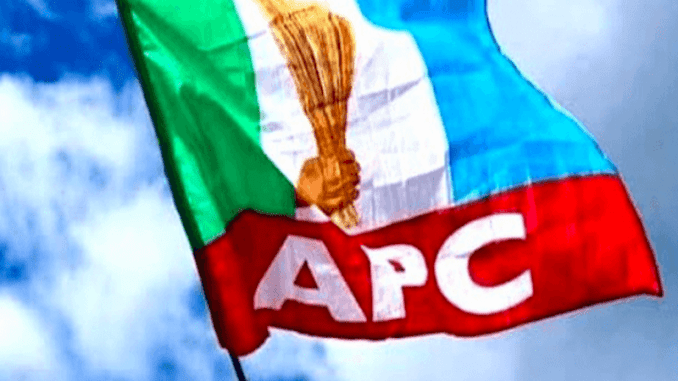 Group Seeks End To Imposition Of Candidates In Kogi APC

The Kogi4Kogi movement, a group within the All Progressives Congress (APC) in Kogi State, has said it is time for the state to resist the imposition of political office holders by a supposed ‘godfather’ in Kogi.

Abdulmalik Salihu, the convener of the group, spoke at a press conference in Lokoja.

Mr Salihu said “it is time for Kogites to begin to choose their leaders themselves, and not allow some people to select for them”.

Although the group did not name anyone.

“We want, for the first time, a party that will be that of the people; not a party of an individual; a party that we can all call our own,” Salihu said at the press conference.

“We want a party where I can contest in my constituency if I am popular, and get the people’s vote to fly our party’s flag, not a party where somebody will say, no, sit down, irrespective of your level of popularity, and let another person go.

“It is time for Kogi to work for Kogites, hence the mantra, ‘Kogi4Kogi’. For some years now, Kogi has only worked for a few individuals,” he said.

Salihu said political affairs in Kogi will experience a change in 2023 and the “ugly trend in which a man imposes candidates since 2015 will stop”.

“If you are popular in your locality, you should win the election since democracy is a game of numbers. We don’t want a man imposing a candidate from nowhere,” Salihu said.