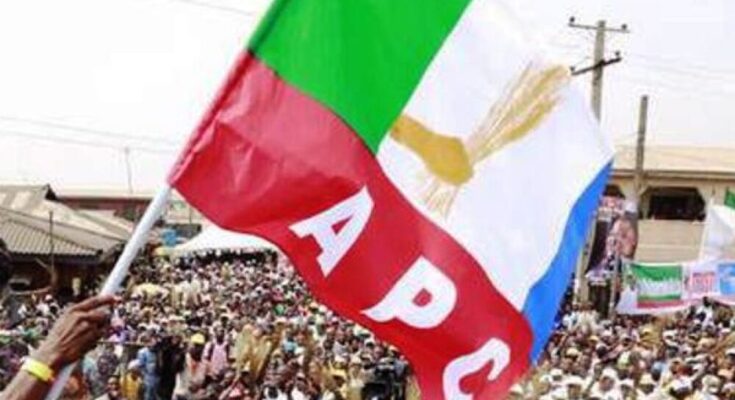 A Chieftain of the All Progressives Congress (APC), in Kogi State, Mr. Ben Adaji, Saturday, warned the party to stay clear of imposition of candidates for the elective positions on the heels to the 2023 general elections.

The APC chieftain gave the advice while speaking to newsmen in Lokoja.

Adaji who contested in 2015 and 2019 for the Ankpa, Omala and Olamaboro Federal constituency for the House of Representatives elections in Kogi state, noted that imposition of candidates would have negative impact on the party in the coming elections.

He explained that his experience in the past where some members were denied participation in the primaries after the purchase of expression and intent forms was capable of causing crisis that would destroy the party in future.

He maintained that the same imposing of candidates and neglect on the part of party leadership caused the fall of the PDP which was the largest political party in the country that lost to the APC in 2015.

ALSO READ THIS:  After Court Victory, Ganduje Extends Hand Of Unity To Shekarau, Others

According to him, if the APC will do same as PDP did, then it should get ready to face the consequences of action in subsequent general election.

He however, advised the party to allow the members to choose their candidates at all levels as well as allow them to test their popularity.

Adaji also called on the youth to resist any imposition of candidates in 2023 elections.

He equally advised the party to be weary of some defectors into its fold, adding that some of those decamping could be agents sent to destroy the fortunes of the party.

“We want the APC to be different from PDP in all its conducts having emerged through opposition to defeat PDP.

ALSO READ THIS:  Breaking: Alaafin, Ooni Meet Aregbesola To reconcile Him With Tinubu

“For APC to have snatched power from PDP, the largest political party in Africa, that means people look at the party as better alternative to the PDP.

He said the APC must be very careful in carrying out all its activities by ensuring justice and fair play in all processes that would produce the party’s flagbearers.

“Can you imagine that in 2019, I purchased nomination form for N4 million to contest for the House of Representatives in Kogi State, on the day of the primary elections I was chased out of the venue and later someone said to be government candidate was imposed on us. Despite the injustice and ill treatment I remain in the party and worked for the success of the party in all the elections but was never rewarded with any appointment either in Kogi state or at the Federal level.

“I advise the party officials at all levels to provide a level playing ground for aspirants to test their popularity.

“Without justice, the party should be ready to contend with stiff resistance and crisis because candidates will not accept to be shortchanged anymore.

“I equally call on the youth to resist vehemently any attempt by the party to impose candidates for the 2023 elections.

“We expect the APC to correct the imbalances that caused the fall of the PDP and build on those mistakes to consolidate on its continuous existence.

“The problem of political parties is not peculiar to the APC but it should allow justice to prevail and that will give the party the uniqueness as a mechanism for internal democracy,” he  said.