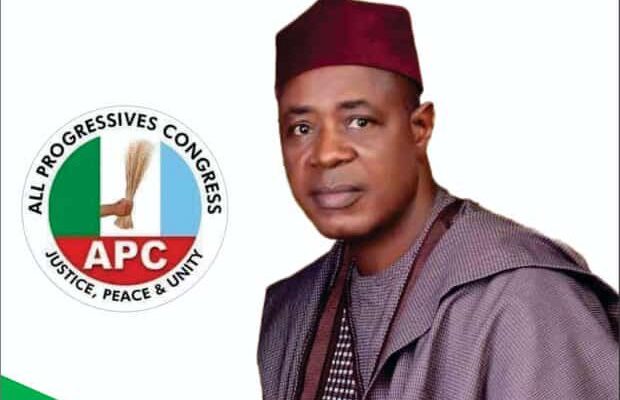 The aspiration of the Kogi State Security Adviser, Commander Jerry Omodara (Rtd), on Thursday received a boost as a group gave him unflinching support to run for the Federal House of Representatives seat for Kabba-Bunu/Ijumu Federal Constituecy.

The group under the aegis of Okun Forum of Patriots (OFP), in Ijumu Local Government area, informed that the decision to endorse Omodara was reached after examining the antecedence of those in the race so far, adding that his antecedence speaks volume among them.

The group, which comprises of youths, elders and women from various communities in the area also openly declared their total support for the Security Adviser’s House of Representatives ambition, describing him as a tested and trusted leader with all necessary requisites to occupy the seat as member representing Kabba-Bunu/Ijumu Federal Constituency at the National Assembly.

ALSO READ THIS:  2023: It's Our Turn To Produce Next Senator - Lokoja/Kogi Federal Constituency APC Stakeholders

While calling on all to queue behind the House of Representatives hopeful, Chief Solomon Aderoju who spoke on behalf of the group further averred that Commander Jerry Omodara has been a good ambassador of the Okun Nation. 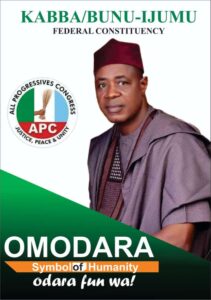 In his reaction to his endorsement by the OFP, Omodara thanked the group promising that he will not disappoint the group and the entire constituent if voted as member to represent the Kabba-Bunu/Ijumu Federal Constituecy.

On why he is eyeing the house of representatives seat, Omodara said his passion for public service and the need for qualitative service delivery to people were behind his ambition.

He promised to provide qualitative, discerning, visible, and result-oriented representation if elected.

“As a man who is passionate about public service, I am inspired by the courage and achievements of all the leaders who have charted the path of development for Kabba-Bunu/Ijumu Federal Constituency,” he said.

“I have decided to challenge myself on what to do for my constituency, the state, and the country.

“For over two decades, I have proved beyond reasonable doubt that I am someone to be trusted with public office. I have shown accountability and transparency in service at federal and state levels.”

The Frontline aspirant noted that his experience in the military made Governor Yahaya Bello appointed him as his Security Asviser.

“Now, I believe it is high time for me to yield to the clarion call of my constituents to represent Kabba-Bunu/Ijumu Federal Constituency in the House of Representatives come 2023.

“I will also leverage on the experience of the best hands in Kabba-Bunu/Ijumu Federal Constituency to provide the desired representation in every sense of the word to my constituents,” he said.