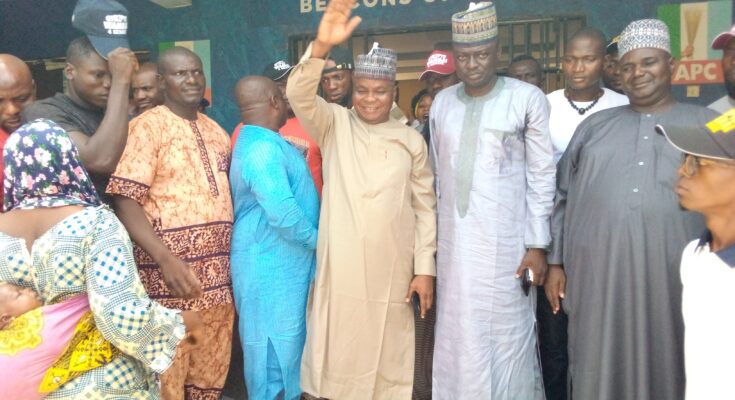 A campaign team for Hon. Chief Abdulkarim Usman Isah Wambai on Tuesday took its advocacy visit to the All Progressives Congress, (APC), stakeholders in Lokoja and Kogi Local Government Areas of Kogi State to solicit their support to vote Wambai in the forthcoming Kogi West APC senatorial primary election.

The team was led by the chairman of the campaign group, Hon. Abdulraman Wuya to the two local government areas.

The event which witnessed large turnout of party chieftains, members and representatives of major ethnic groups was the aftermath of extensive consultations with various stakeholders in Kogi West politics comprising community leaders, leaders of CDCs and CDAs and traders’ unions and market men and women.

Speaking at the Lokoja APC party secretariat, Wambai disclosed that his declaration is in the interest of democracy, good governance and quality representation for the senatorial district.

According to him, it was also intended to formally seek the support of the people for the actualisation of his aspiration.

He said “I stand before you today to declare my intention to run for the Senate seat in the Kogi West Senatorial district.

“I want to express my sincere appreciation to all present here today, Tuesday, for creating the time to participate in this historic event of my declaration to contest for Kogi West Senatorial seat in the National Assemby in the 2023 general elections on the platform of our great party, the All Progressives Congress (APC).

“Since the return of Nigeria to the democratic path on May 29, 1999, Kogi Local Government Area where I hails from has been one of the reference council area in Kogi politics.

“There is no way we can review the political history of Kogi State in the last 22 years of this present Fourth Republic and 61 years of Nigeria’s independence without making reference to Kogi LGA.

“Kogi LGA has produced many great men and women, who have distinguished themselves at the federal and state levels by writing their names in gold in politics and governance.

“I wish to commend them all for their meritorious service to the zone in the last 22 years.

“Meanwhile, I have decided, like the great American President John F. Kennedy, not to continue to wait for what my district, state and country can do for me, but to challenge myself on what to do for my zone, state and country.

“My decision to throw my hat into the ring for the Senatorial contest was because I believe strongly that I will be useful to my constituents in the upper chamber of the National Assembly for qualitative representation.

“My main promise to the people of Kogi West if given the opportunity to represent them in the Senate, however, is to provide and guarantee qualitative, discerning, visible and result-oriented representation for my senatorial district. I will also leverage on the experience of the best hands in the zone to provide the desired representation in every sense of the word to my constituents.

“I have invited you here today to join me in the journey to take Kogi West to a great height and for qualitative representation in line with our party manifestoes.

“I am sending a clarion call to our party members, men and women, youths and the elderly, that there is a lot of work to be done to achieve Kogi West of our dreams. I urge you all to come out to vote for me during our party primary election so that I can be the APC flag bearer in the Senatorial election.”

In his remark, Alhaji Maikudi Bature, Lokoja APC chairman, urged members to support the candidacy of Hon. Wambai, adding that he had done a lot in contributing to APC in the state.

“During his short period as a house of representatives member, Wambai gave us monthly allowance of N500,000 monthly which uptill now nobody has done for us. Sir, we thank you for that gesture. This is payback time.

“Wambai is a leader who cares for his people,” Bature said.

He said that his emergence would bring about a truly representative that would represent Kogi West.

The Wambai campaign team in a long convey then moved to Koton-Karfe where he was received by a mammoth crowd.

Wambai made the declaration at an enlarged APC meeting held at the APC Secretariat in Koton-Karfe.

Addressing the party stakeholders, the Senatorial aspirant said that he took the decision after due consultation with the people of his constituency, friends, family and political associates.

“Many people have been asking me if I will run for the Senate, but I pleaded with them to wait until our national convention when I would have made up my mind.

“Now that the APC convention is over and we now have a new National Working Committee, I have decided to contest for the Senate come 2023,” Wambai said.

He said his decision to contest for a senate seat is to provide purposeful leadership for the people of his district, noting that the National Assemby should not be seen as sabbatical leave for politicians.

“My intention to vie for the senatorial seat is to ensure that the voice of Kogi West is heard and my concept of empowerment will be modified not just giving Keke NAPEP, generator or motocycle.

“We should be thinking of how we can bring infrastructural development to our people,” he said.

Responding, the Kogi LGA APC Chairman, Hon. Abubakari Onah, who spoke on behalf of the party stakeholders and excos, described the visit as “timely and pivotal,” while offering his prayers for the success of Wambai’s senatorial bid in the APC primary scheduled for next month and the general election.

Onah eulogized the aspirant for his contribution to the party, while urging the electorate to support him, being a seasoned and committed politician who could pursue the interest of Kogi West senatorial district with vigour in the National Assembly as an ‘Achiever’.

Pictures at the events below: 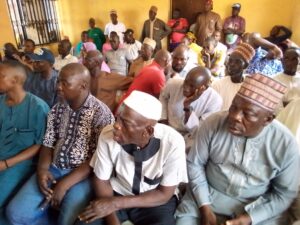 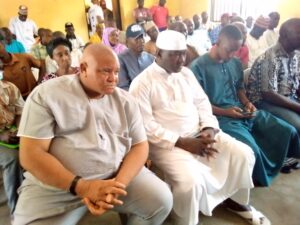 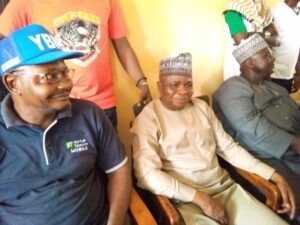 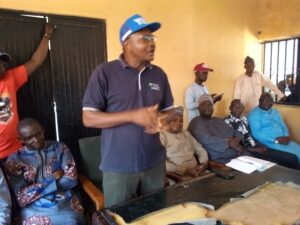 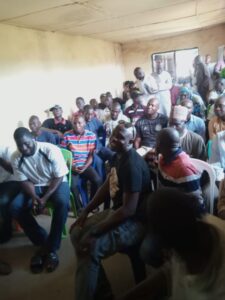 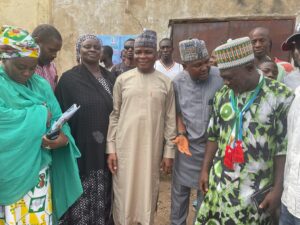