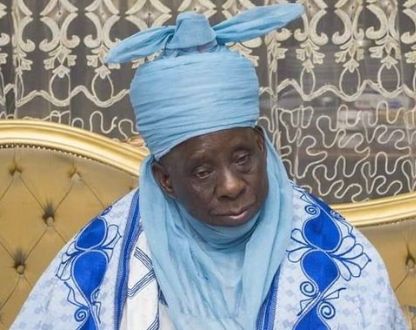 The Lokoja Forum of Patriots, (LFP), has congratulated the Maigari of Lokoja, Alhaji (Dr) Mohammodu Kabiru Maikarfi 111, on his 30th anniversary on the throne.

This is contained in a statement made by Chairman of the LFP, Alhaji Idris Baba’Ango, and made available to newsmen in Lokoja, on Sunday.

Baba’Ango said that since his ascension to the throne 30 years ago, the Maigari had been a source of inspiration not just to the people of Lokoja, but also to the entire nation.

The LFP chairman noted with delight how Maigari became an embodiment of peace and unity among Nigerians in the last 30 years.

He said the people of Lokoja were lucky to have Maikarfi III as their leader.

Baba’Ango said apart from being a foremost peacemaker, the Maigari happened to be a man of honour and integrity, which he said characterised his 30 years of peaceful reign as the Maigari of Lokoja.

The LFP chairman congratulated the sons and daughters of Lokoja, including the Kogi State government, for witnessing the 30 years of the Maigari on the throne.

“Bagadozhi Mohammadu Kabiru Maikarfi III is one man that believes in the unity of his people and the entire nation. This much he has guided his people to achieve in the last 30 years.

ALSO READ THIS:  HOUSE RENT: Nigerians Must Not Continue To Suffer In The Hands Of Shylock Landlords — Sen. Smart Adeyemi

“Members of the Lokoja Forum Of Patriots are particularly delighted that the 30th anniversary of the Maigari of Lokoja is happening during their lifetime.

“I believe every Lokoja sons and daughters, irrespective of where they are, should be proud of the Maigari for the kind of leadership he has been providing in the past 30 years.

“We cannot forget in a hurry how the Maigari used his good office and leadership style to make the Lokoja cheifdom a reference point,” he said.

He described the Maigari as a man blessed with abundant wisdom.

“To think that the Maigari is marking his 30 years on the throne in sound health is another source of joy.

ALSO READ THIS:  Eshanumi Commiserates With Victims Of Kabba Explosion

“We join millions of Nigerians, especially the sons and daughters of Lokoja, in wishing the Maigari God’s protection, blessings and wisdom,” he said.