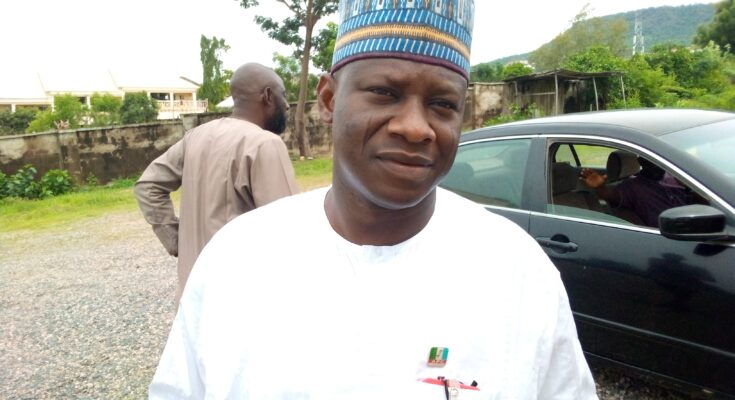 The aspiration of the National Chairman of the APC National Youth Vanguard, Haruna Kabiru Alfa, on Saturday received a boost as group gave him unflinching support to run for the Lokoja 11 State Constituecy House of Assembly seat on the platform of the All Progressives Congress, (APC).

The group under the aegis of Oworo APC Youth Movement, in Lokoja Local Government Area informed that the decision to endorse Alfa was reached after examining the antecedence of those in the race so far, adding that his antecedence speaks volume among them.

The group comprises of youths, elders and women from various communities in the area openly declared their total support for the Abuja based journalist’s House of Assembly ambition, describing him as a tested and trusted leader with all necessary requisites to occupy the seat as member Lokoja 11 State Constituecy at the Kogi State House of Assembly.

While calling on all to queue behind the House of Assemby hopeful, Chief Idowu Moses who spoke on behalf of the group further averred that it was the turn of Kupa district to produce the next House of Assembly member to represent the constituency.

The group noted that the political turn-taking between the four districts, Oworo, Kupa, Kakanda and Eggan irrespective of any political affiliation as a tradition and the capacity for maintaining peaceful political order.

“At the heart of tradition, the principles of trust, respect for fairness, equity, and justice as well as ensuring balancing of power are critical points that must not be overlooked. Our district, (Oworo) has spent eight (8) years on this seat; we need to observe the zoning arrangement,” Moses explained.