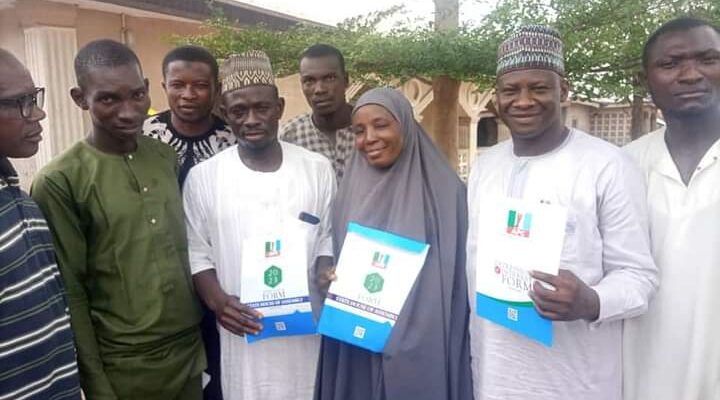 The Frontline aspirant vying for the Lokoja 11 State Constituecy at the Kogi State House of Assembly, Hon. Haruna Kabir Alfao was received amidst jubilation and massive turnout of Youths of Abugi in Kupa South, yesterday, Saturday 7th May 2022.

Hon. Alfa who had picked his Expression of Interest and Nomination forms to contest for member representing Lokoja ll constituency on the ticket of All Progressive Congress (APC), had proceeded to his ward of Kupa South to seek the blessings of the community leaders and Stakeholders to present his Expression of Interest and Nomination Form to them. 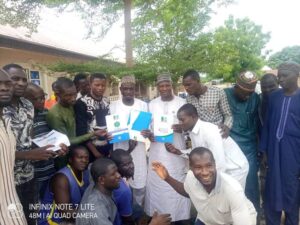 He was eulogised and described by the Youths as “A Man who knows what he wants and how to go about getting it.”

The Youths through their spokesperson Alhaji Dauda Umar said, that Hon Alfa’s thoughtfulness to have deemed it neccesary to come home seeking the blessings of elders and endorsement of the Youths only proves that his ambition is people oriented, as such they the Youths have unanimously pledged to work with him by giving him their full support to actualise his aspiration.”

During the visit, elders of Kupa land, reffered to his quest to be member of the state House of Assembly as a “well-deserved mission as it is only logical that Kupa South produces the next State House member based on the preconceived zoning arrangements ongoing in the five wards of that makes up the Constituency. 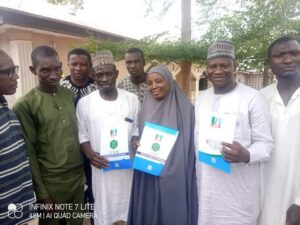 They further urged him not to relent in his efforts to rescue Lokoja ll from being rendered comatose.

They prayed to Allah to see to his success in the upcoming Party Primaries to clinch the party ticket and also triumph at the 2023 general elections.