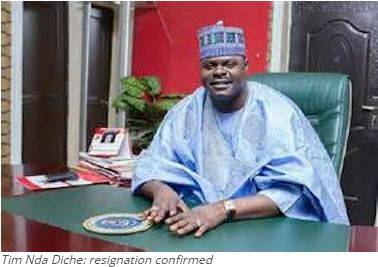 My Priority Is Education — Tim Diche

Hon. Chief Tim Nda Diche, the Maagi of Bassange Kigdom, is one of the House of Representatives aspirants in Dekina/Bassa Federal Constituency of Kogi State, on the platform of the All Progressives Congress (APC). He speaks with AMUDA DAN SULAIMAN FAB on his aspiration and dreams for the constituency. Excerpts.

I know the problems and needs of my people. I am from Bassa Local Government Area. This is where I have spent the greater part of my life and these issues, which I will mention later, have been there for ages without any solution despite the constituency having elected several people in the past to represent us at the national level.

To continue to see these same problems of lack of infrastructural development, untapped agricultural resources, unemployment, lack of community health care facilities, including lack of empowerment programmes for our women and the youth are those things which have motivated me, spurred me to seek election to represent my people.

If elected, the first things my people should expect from me is regular consultation; at least four times in a year, to come back home and intimate them on issues affecting them and how they are being solved. Carrying the constituents and the leadership of the party along in the process of governance and representing them in Abuja had been lacking and I am ready to change that and make the people the centre of governance. That is what democracy is all about.

In my first quarter as a House of Representatives member, if elected, I will make sure we empower 200 youths in different vocations in the two local government areas. It would be sustained, not something to be done once and stopped. That is what has been happening. But if one is really serious about tackling unemployment these interventions must be sustained and made sustainable.

On what political platform are you contesting and what gives you the assurance that you would win the ticket to represent your people and eventually be victorious in the election?

By the grace of God, I’ll be victorious. I’m a member of the All Progressives Congress (APC). Since the party took over the mantle of leadership in the state in 2015, the story of Kogi State has changed for the better.

I have a very strong conviction that with what we have on ground in the state signposted by the achievements of Governor Yahaya Bello, no other party can defeat us.

What will be your priority and the focal points of your programmes for your people?

When I become a federal lawmaker, I will network with my fellow legislators to make laws that will guarantee good governance and maintain peaceful co-existence in my constituency, which will guarantee better condition of living through development. Nothing can happen in an atmosphere of insecurity.

Education will be my priority and I will ensure that we make laws that will guaranty free education from primary to secondary school levels. It will not only be a short term thing; there will be a guaranteed and permanent funding for the free education we are bringing in. Brilliant but indigent students will also have scholarship and grants that will cushion the effects of their trying to attain greater heights in education, irrespective of the economic state of the country at any particular time. Let me refer to the sage, Chief Obafemi Awolowo,  who said that if every one is educated, people will be easy to govern but very difficult to exploit.

Many politicians contest for public office without prior record of service. In what areas have you served your people before now?

I don’t like blowing my own trumpet, but in a nutshell I have served my community to a certain level. I have been giving scholarship to students in my commmunity for over five years now. I have bought GCE and/WAEC forms for scores of students since 2006. I have also been taking care of the aged around my community, just to mention a few of my involvement in the socio-political space of my community.

It is often the case in the country that governors ‘anoint’ candidates for elective positions. Should that happen in Kogi State, what would be your stand?

Oh, I would supoport it wholeheartedly. The transformation we are seeing in the last seven years in Kogi State should continue. Anyone anointed by Governor Yahaya Bello, I believe, must be a responsible person who would carry on with his vision for the state.

The performances of the incumbent would sway the voters to vote for his anointed candidate. Governor Bello made promises and fulfilled them. There is no single area he said he would touch that he has not delivered.

There is no single issue he said he would address that he has not addressed, because he is a promise-keeper, a man of integrity, a man of honour and a man of his words. We can’t afford not to have him give us a successor, because we want this melody to linger in continuation of the mission to re-build Kogi State.

Previous PostAliyu Flags Off Construction Of 10,000 Public Toilets   Next PostWhy We Must Support Tinubu For 2023 – Okutepa