Home Politics Why We Must Support Tinubu For 2023 – Okutepa 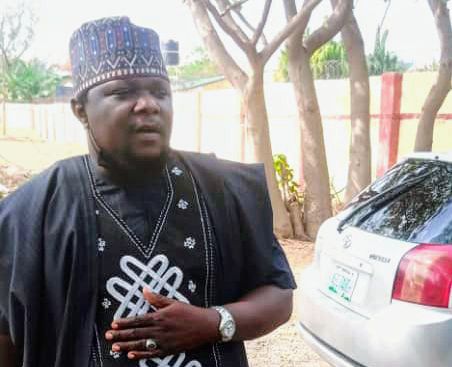 Why We Must Support Tinubu For 2023 – Okutepa

A chaiftain of the All Progressives Congress (APC), in Kogi State, Alhaji Danladi Usman Okutepa, says the North must support Asiwaju Bola Tinubu to become Nigeria’s president in 2023, as a payback for his numerous support for President Muhammadu Buhari.

Okutepa said this when he spoke with newsmen on Monday in Lokoja.

He also lends his support to the clamour for a power shift from the North to the South in 2023.

“The issue of power shift started during the military regime, there was a general agreement for power shift from North to South and that was how former President Olusegun Obasanjo emerged as the president in 1999.

“Late President Umaru Yar’Adua who succeeded Obasanjo spent only two years and few months in office and former President Goodluck Jonathan who was the Vice President replaced him.

“I think so many things happened afterwards which led to the killing of zoning in the Peoples Democratic Party (PDP).

“So in PDP there is no zoning arrangement currently, that means anybody from any part of the country can contest, but in APC if the power must shift it must go to South West and to Tinubu,” he said.

He added: “But President Muhammadu Buhari came on board on the platform of All Progressives Congress (APC) without any zoning arrangement.

“Buhari got massive support from the North and the South West, especially from political bigwigs like Asiwaju Bola Tinubu, the former Lagos State Governor was happened to be the National Leader of the APC.

“The South East outrightly rejected the arrangement, they didn’t support the APC because they had nothing to do with the party.

“The South-South too failed to support the APC, leaving only the North and the South West, the scenario repeated itself in 2015 and Tinubu also played a prominent role in APC’s victory at the poll.”

Okutepa said that the northerners met after the election and recognised the contributions of Tinubu towards Buhari’s reelection.

“After the election, the northerners which I am after accessing the situation agreed to pay back the South West and Tinubu in particular in future elections.

“In fact, it was agreed that Tinubu should be supported after Buhari to win the APC ticket and succeed him in office in 2023.

“It was agreed that Tinubu be supported in line with the Northern tradition of paying back those who supported us in our hours of need,” he said.

Okutepa expressed optimism that the APC would win the 2023 Presidential Poll with the former Governor of Lagos State as its candidate.

“If actually, we are having a power shift in 2023 then it should go to South West and Tinubu because he has demonstrated love for the North.

“In fact, Tinubu has the best credential to fly the APC ticket in 2023,” he said.