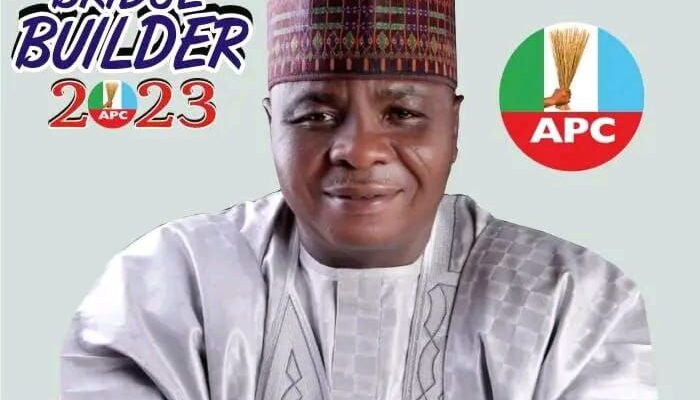 A frontline senatorial aspirant of the ruling All Progressives Congress (APC) in Kogi West, Hon. Abdulkarim Usman Isah Wambai, has said he would work from his first hour as a senator to achieve his agenda of a greater Kogi West if given the mandate to fly the flag of his party in the forthcoming senatorial election in Kogi West.

Speaking with newsmen shortly after he returned his senatorial nomination forms, Tuesday at the International Conference Centre, Abuja, Wambai said Kogi Western Senatorial District is by far one of the frontline zone in Kogi State given its abundant human and natural resources and promised to unleash the capacity of the people of the zone to propel the area to an enviable position. 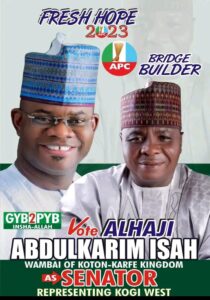 According to Wambai: “Our path to the development of Kogi West is clear and unambiguous. I will work from my first hour in office as the senator representing the zone to maximise potentials of our people; men, women, youth, educated and uneducated, farmers and artisans, traders and everyone else living in all parts of the senatorial district to be the best they can be under a stable and secure environment.

“My vision is to work with the solid foundation and God-given human and material resources we already possess to unlock our capacity in education, agriculture, science, technology and innovation to make Kogi West a truly frontline senatorial district in all its ramifications. So, I appeal to our delegates and to all our members in the APC family to support my vision to work for a greater Kogi West.”

He assured that the Wambai ticket on the platform of the APC will guarantee victory for the party in the 2023 senatorial election.

Wambai, a philanthropist and a community leader is a top contender in the forthcoming Kogi Western Senatorial District primary election of the All Progressives Congress in Kogi State.