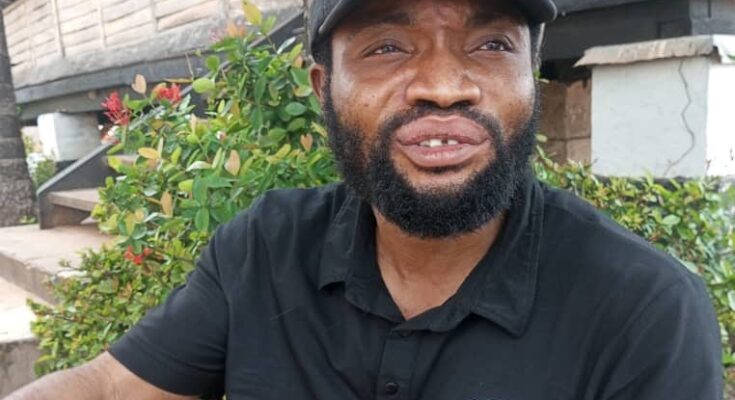 Mr Emmanuel Adukwu Bob, the APC Candidate for Ankpa State Constituency is passionately begging Gov. Yahaya Bello not to allow some forces who are going contrary to his instructions to substitute him.

Mr Emmanuel Adukwu Bob won the APC Primary’s for Ankpa State Constituency with 20 votes to defeat two other Aspirants, appealed to Gov. Yahaya Bello to allow justice prevail, disclosed that some persons are boosting that they will substitute him for a candidate who didn’t participate in the Primary’s after his emergence at the APC Primary’s held in Ankpa.

Mr Emmanuel Adukwu Bob made the appeal in a chat with Thenigerianpost, lamented that days after he got an automatic ticket, was screened and cleared to contest the party’s Primaries which was held in Ankpa, but disclosed that some persons have vowed that a physical challenge person would not represent Ankpa 1, reason why they want to replace him.

The Ankpa State Constituency APC flagbearer said after getting a letter of clearance, issued with a certificate of return after winning the APC Primary’s for the Constituency, lamented that some forces are bent on thwarting the Governor’s efforts to ensure that the Disability Community is represented in the House of Assembly.

The APC flagbearer lamented that some persons have vowed not to allow a person with disability represent them, but he pointed out that his physical condition did not affect his brain and intellect.

The APC flagbearer said he is a registered voter, with a voter’s card in his constituency, but disclosed that some persons are boosting that the INEC nomination form have been given to them to fill on the pretest that his APC Membership registration was done in Lokoja.

The flagbearer said the APC Membership card is only a means of identification that identifies an individual as a bonafide Member of the Party, begged Gov. Bello to help him as there are strong indications that some persons are out to frustrate him.

Mr Emmanuel Adukwu Bob disclosed too that his father Late Mr. M.M. Adukwu is a crowned Prince in Ankpa LGA so also is his mother, disclosed that those bent on stealing his mandate are alledging that he is from Omala LGA..

While pointing out that efforts to change and replace him unconstitutionally would impact negatively on the Person of Gov. Yahaya Bello, who he said matched his love for people with disabilities with action by giving him an automatic ticket before he won the Party’s primaries and emerged as the flagbearer.

The decision to give him an automatic ticket by the governor, Mr Emmanuel Adukwu Bob explained is occasion by Gov. Bello’s love for the Disability Community, said that singular gesture earned Gov. Yahaya Bello commendation from the disability community, with praises on all National and International Television Stations, said any attempt to upturn his mandate would portray the State in bad light.

While pointing out that any attempt to substitute him unconstitutionally, Mr Emmanuel Adukwu Bob explained may make him to seek legal redress to challenge any act of injustice that would be done to his mandate.

Mr Emmanuel Adukwu Bob who was passionate in his appeal, begged Gov Bello, urged him to intervene in ensuring that his mandate is not retrieved through an illegal and unconstutional substitution.

He said Gov. Bello’s good works for the Disability Community should not be aborted, pointing out that his decision which received global applause should not be undermined, urged the governor to caution those attempting to make a substitution of his mandate.