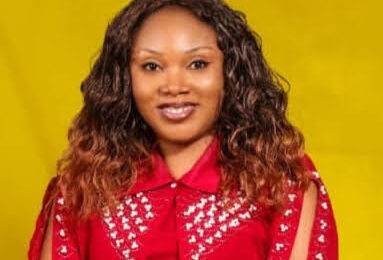 An alarm has been raised by a human right, good governance and non-government organization known as Campaign Against Impunity in Nigeria over alleged attempts to surreptitiously close investigations against the suspended Kogi State Executive Director of Participation Initiative for Behavioural Changes in Development, PIBCID, Ms Halima Oiza Sadiq.

Speaking on Monday in Lokoja at a media briefing, the group said it found it curious that weeks after its sister organisation sent a formal petition to anti-corruption agencies, not a single arrest has been made so far.

The group also urged the PIBCID BoT Chairman, Dr. M.M. Usman, to order a thorough audit of the finances of the organization during the tenure of Ms Halima Oiza Sadiq.

While addressing newsmen yesterday, leader of the Campaign Against Impunity in Nigeria team, Comrade Musa Dauda, noted that his group had followed with keen interest issues revolving around allegations of gross abuse of office and official recklessness levelled against Ms Halima Oiza Sadiq.

Comrade Dauda said, “We find it disturbing that despite the allegations levelled against her and her subsequent suspension as the PIBCID Executive Director, she was not arrested, but instead, she was offered a job by another organization in Kogi State.

“Indeed, we must ask, how comes another job offer for an already suspended Executive Director who has a pending audit case?”

According to Comrade Dauda, It is in view of the lukewarm attitude of the anti-corruption agencies to this issue that “we hereby urge the PIBCID BoT Chairman to order a thorough audit of the finances of the organization during her tenure and the EFCC should invite her for questioning.

“The EFCC is in possession of all supporting documents on the allegations which are also at our disposal.

Recall that a Kogi anti-corruption advocacy group, had petitioned the EFCC and security agencies, accusing the embattled PIBCIB boss of financial recklessness.

Recall also that when she was asked to appear before an independent auditor to answer fraudulent allegations against her, she refused to make herself available, but instead decided to feigned her resignation with a purported notice of clearance which was rejected by the organization that finally suspended her.

Ms Halima Oiza Sadiq, who is currently heading another organization is still under suspension and an acting Executive Director has since been appointment by the PIBCID.