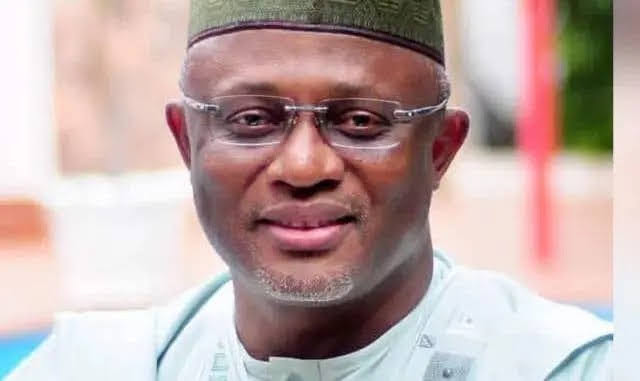 The Board of Trustees of Nasser Ahmed For Tinubu and Shettima Presidential Support Group , has approved the appointment of Dr Tom Ohikere as the group’s Director General, ahead of the 2023 presidential election.

The group also approved the the appointments of heads of other Directorates and other critical stakeholders of the organization.

According to Ciroma Aminu Ahmed, Nasser Ahmed For Tinubu and Shettima, is a frontline presidential support group established by Alhaji (Bar.) Nasser A. Ahmed and his supporters.

Alhaji Nasser is the Dan Darman Lokoja, one of the most revered and prestigious chieftaincy titles in the Lokoja Emirate.

He is also an erudite legal luminary and a successful business tycoon and a chieftain of All Progressives Congress (APC) with many philanthropic interventions to his credit.

According to the Board of trustees, the group has a cardinal objective of mobilizing support for the presidential candidate of the All Progressives Congress (APC), Senator Bola Ahmed Tinubu and his running mate, Senator Kashim Shettima, adding that the support Group is a pan Nigeria organization that has a network of supporters in many states of the federation.

ALSO READ THIS:  Why I Want To Be Kogi Governor –Abdullahi Haruna SAN

Announcing the appointment in Abuja on Monday, the Board’s Chairman, Ciroma Aminu Ahmed, described as a man of admirable sagacity and with deep administrative prowess, said the appointments were made based on the commitment and the competence of the individuals for seamless operations of the Group’s activities.

According to Alhaji Aminu, with the presidential elections coming up in February 2023, the Alhaji Nasser Abubakar Ahmed led support group was determined to work for the victory of Senator Bola Ahmed Tinubu and his running mate, Senator Kashim Shettima through the help of his supporters in many states by engaging the youth and women as well as people at the grassroot.

In his words “For efficient management and coordination of the Group, a veteran political strategist with indepth knowledge of Nigeria’s political ecosystem, who has also served as a two time Commissioner for Information in Kogi state, Dr Tom Ohikere, has been appointed as the Director General of the group.”

Alhaji Aminu also announced the appointment of a former Commissioner For Culture and Tourism of Kogi state, Hon. (Dr) Paul Ugbede Ebije, as the Director on Political Affairs While Dr. Ezekiel Ajiboye Ojua was also appointed as the Director of Administration.

Alhaji Aminu also added that Engineer Isah Abdulmaleek, known for his invaluable knowledge of political history, was appointed as the group’s Director of Research and Documentation.

Also appointed was a grassroot politician who exudes appreciable magnitude of political influence across various networks of political actors, Destiny Arome, as the Director of Contacts and Mobilization for the Group.

Dr. Henry Oshagbemi, a man with huge coordinating and organizational skill, was appointed as the Director of Special Duties.

While congratulating the appointees on what he described as a well deserved appointments, the BoT Chairman, encouraged them to put in their best to justify the confidence reposed in them. The appointments, according to him, was with immediate effect.