Home Politics Kogi West Senate: Sunday Karimi Does Not Deserve To Be Our Senator – Comrade Daniel 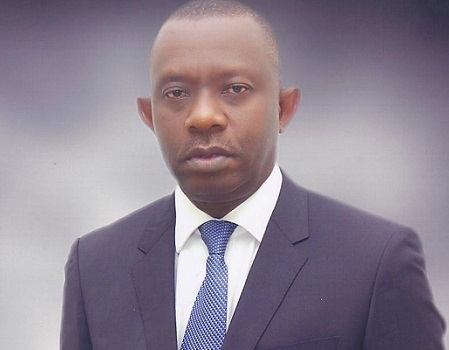 Kogi West Senate: Sunday Karimi Does Not Deserve To Be Our Senator – Comrade Daniel

A son of Yagba Land and a frontline Youth leadership movement, the convener of Kogi Youth Alliance. Comrade Temitope Olufemi Daniel has faulted the Senatorial ambition of Hon Sunday Karimi, former member of the National Assembly who represented the good people of Yagba Land for 8 years.

In a chart with press men at NUJ in Lokoja Kogi State Capital Comrade Temitope Stated that the former legislator does not deserve the votes of Okun people and indeed Yagba people on the ground that Karimi has no significant achievement to show for the 8years mandate he had enjoyed on a plata of gold.

Comrade Temitope pointed out that the performance of the incumbent representative of Yagba Federal Constituency, Hon Lake Absjide in the last two years surpasses what Hon Karimi claimed to have achieved in 8 years.

He equally noted that Karimi has had his own chance to prove his worth and he has performed below the expectation of a people’s representative and therefore do not deserve to aspire for any political office again in yagba land not even a ward counselor not to talk of a distinguish senator from kogi West.

The Comrade urged the people of okun land and kogi West in general to open their eyes wide and shop for a better candidates that has the Interest of the people at heart and not a political merchant like Sunday Karimi.

He also advised Hon Karimi to return back to his own private business and stop distracting the people of kogi west senatorial District from making informed decision and voting come 2023.