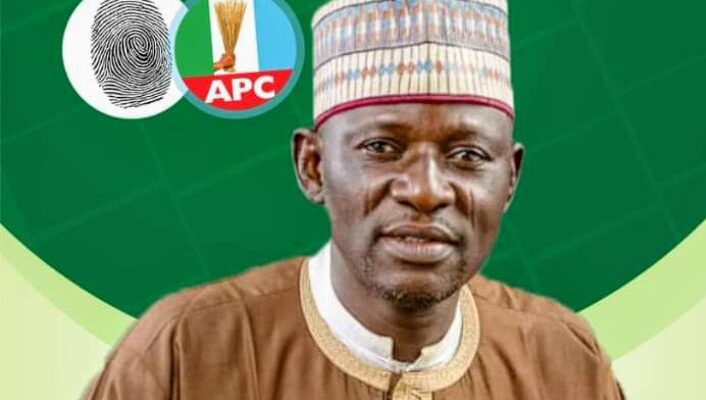 An aspirant into the Kogi State House of Assembly under the platform of the All Progressives Congress, (APC), in Lokoja 1 State Constituency, Hon. Ibrahim Suleiman a.k.a Barazana, has expressed his readiness to work with the Executive arm of government to formulate laws aimed at improving the standard of living of his constituency, if elected in 2023.

Bello, who stated this while speaking with newsmen in Lokoja, noted that he would particularly focus on the development of health and education sectors in his constituency, which according to him are in comatose and need urgent attention for the benefit of the masses.

He added that apart from ensuring  quality healthcare service and education, youth development and empowerment of women, will equally be given top priority, if given the opportunity to represent his people of Lokoja 1 State Constituency.

He said his choice to run for the House of Assembly instead of the National Assembly election was not informed by power and wealth, but to touch lives at the grassroots and transform the masses.

He said: “I believe Anambra State legislature is the place I can be. My representation will have an impact on my constituents.

“If I win the election, which I strongly believe I will, I will spend the next four years participating in most of the legislative roles in the state.

“It will also enable me to look inward to see what we can do to address the challenge of backwardness in Lokoja 1.”

“My aspiration is not a personal quest for power and wealth. Otherwise, I am contented with what I have achieved so far and ready to walk away and pursue other non-political objectives.

“I consider it a sacred duty to use my experience and exposure to represent Lokoja 1 at the House of Assembly. I’m stepping into the race to rescue the ordinary people of the Constituency,” he said.