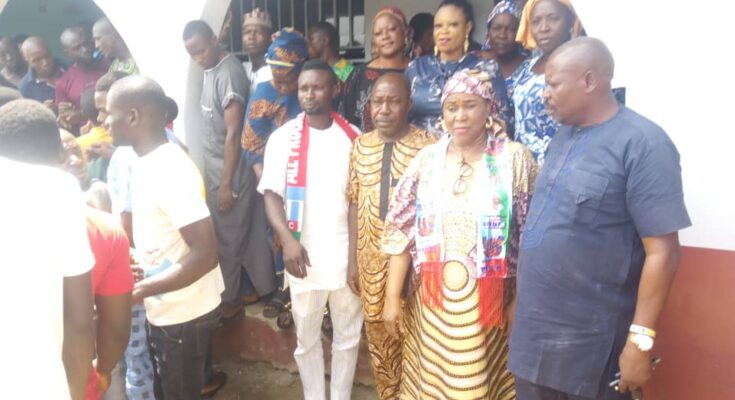 The only female Senatorial Aspirant in Kogi West, Chief Mrs. Adedoyin Ibikunle Eshanumi, has solicited the support of the executive members and stakeholders of the All Progressives Congress (APC) in Yagba Federal Constituency of Kogi State.

Adedoyin Eshanumi, a successful business woman and a well known philanthropist in Kogi west, is the Founder of a non Governmental Organisation (NGO), ”Doyin and Susan Foundation,” with vision to reaching out to the less privilege and the vulnerable especially women and widows in order to alleviate their suffering.

Her foundation has empowered many vulnerable women, widows, the less privilege children and youths across the Kogi west senatorial district.

Speaking with stakeholders at APC Secretariats in Yagba East and Mopamuro Local Government Areas (LGAs) on Monday, Eshanumi said her visit was to interface with them and formally declare her intention to represent Kogi west at the Red Chamber of the National Assembly.

ALSO READ THIS:  2023 Presidency: 'Progress In Oneness', The Accord path Nigeria Needs with Prof Chris Imumolen

She enjoined the delegates to support and encourage women’s participation in politics, noting that APC is bringing up a policy to fielding women candidates in various elective positions in the 2023 general elections.

She appealed to the people especially women folks to support themselves, and rally round women candidates in the 2023 general elections.

”I am here to appeal to you to give me your total support, and I will ensure I do the needful for me to emerge as the Senator representing Kogi west”, she said.

Eshanumi noted that she contested for the same position in 2019, saying she would not disappoint the people if given the opportunity to represent them.

Responding, the APC Chairman Yagba East, Hon. Kehinde Reuben Atteh, commended the aspirant for her courage to step out to contest in the 2019, and for her resilience to come out again in 2023.

Atteh stressed that Yagba people have been lagging behind, saying, ”this is the time to re-orientate ourselves and give women a chance”.

He assured Eshanumi of the full support of the delegates, while urging the people to summon courage and do needful.

”The senate position in Kogi west is Yagba’s turn, and we need to encourage ourselves; we will never accept imposition of any candidate,” Atteh said.

On his part, Hon Charles Omoyele, the Mopamuro APC Chairman, also commended Eshanumi for her courage, while advising her not to lose focus and never give up.

”We are lucky in Yagba to have a woman that is contesting for Kogi west senatorial seat; God will lead you by His grace. If it is God’s will you will get there,” he said.

Omoyele promised to reinforce the support given to her in 2019, urging her to do it differently as they would be given women a chance this time around, and prayed for God’s approval.

Zaccheous commended Eshanumi for her efforts in 2019 and for the courage to come out again in 2023 in spite the stress and intimidation from male counterparts.

”I assure you that all Yagba women are solidly behind you to support you, because we know you are more than capable and you will make women proud,” Zaccheous said.

On his part, Elefiku encouraged Eshanumi to remained focus and not give up on her ambition, saying the men are ready to do everything to support her.

Eshanumi made some cash and foodstuff donations to the stakeholders at both APC Secretariats. 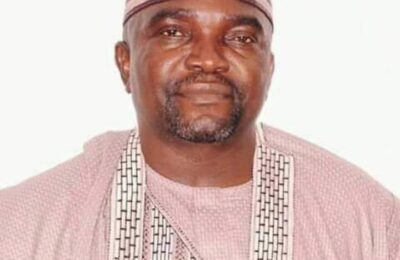