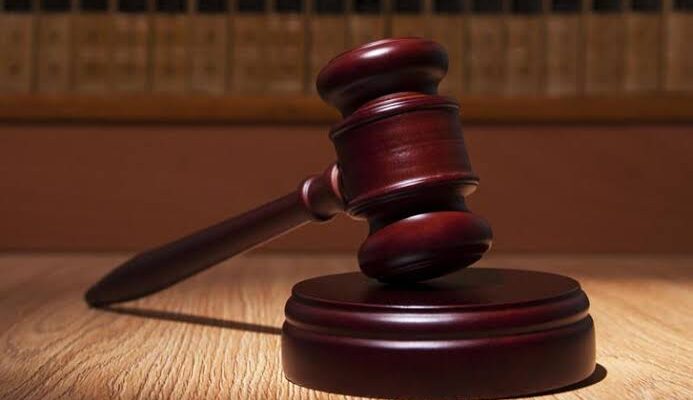 After three years of gruelling legal fireworks, the National Industrial Court sitting in Abuja has slammed the Minister of Interior, Rauf Aregbesola and the Correctional Service for wrongfully dismissing a Deputy Controller of Prisons (DCP), Mr. Kayode Odeyemi, for alleged misconduct.

The Presiding judge Justice O.O. Oyewumi, in his judgement, therefore ordered Odeyemi’s recall and to be promoted to the rank of Assistant Comptroller General (ACG).

She said the senior officer was unfairly treated by retired Comptroller General of Prisons then, Jaafaru Ahmed and the Civil Defence, Fire, Immigration and Prisons Services Board (CDFIPSB) headed by Malam Al-Hassan S. Yakmut, but now retired.

Justice Oyewumi while delivering the judgment on November 10, 2021 in Suit No. NICN NICN/ABJ/02/2019, filed by DCP Kayode Odeyemi against (CDFIPSB) Abuja & 3 Others, ruled that the senior officer’s dismissal, conveyed in two successive letters dated 7 September 2018 and 27 November 2018 from the CDFIPB and the Controller General, Nigeria Correctional Services, was null and void.

The judge added the action of the board was also of no effect, wrongful and in breach of Odeyemi’s contract of employment.

The court also ordered the defendants to reinstate and promote Mr. Kayode Odeyemi to the rank of Assistant Controller General of Prisons from 2010 to April 2019 which he was due for and pay all his entitlement in accordance with his due date of retirement on 23 April 2019.

The defendants should pay Mr. Odeyemi’s monthly pension and gratuity contributions from 1 November 2018 till 23 April 2019.

The defendants should fulfill their obligation under the Pension Reforms Act by informing Mr. Odeyemi’s nominated Pension Funds Administrator of his lawful disengagement.

In its statement of defence before the court, the CDFIPB stated that Odeyemi was dismissed on the allegation of gross misconduct and act unbecoming of a public officer in the escape of inmates from lawful custody under his watch as officer in charge of prison.

The judge, however,noted that no particular prison, year or number of jailbreaks were mentioned in the said letter of dismissal to Mr. Odeyemi).

DCP Odeyemi’s counsel, Olusoji Toki, leading Joshua Afolabi, made a specific written demand on 8 December 2021 for immediate execution of the judgment to the Minister of Interior and Chairman, Civil Defence, Fire, Immigration & Prisons Services Board (CDFIPSB), Ogbeni Rauf Aregbesola and the Attorney General of the Federation, Abubakar Malami, SAN.

In the document,DCP Odeyemi relied on Section 243 (2) (3) of the Constitution of the Federal Republic of Nigeria (as amended) to state that the judgement of National Industrial Court is final (except in matter of fundamental right which he argued was not the case here.

Counsels to the defendants were: L. M. Makama with Chinelo N. Eze and Madesola Olatunde for CDFIPSB, Geraldine Okafor for the Interior Minister, Laurat Ajima Elayo, mni and Abiola Olowoniyi for Jaafara Ahmed and Maimuna Shiru and Feyisara Titiloye for the Attorney General of the Federation.

The claimant, according to the records of proceeding of the court, contended in his plea of wrongful and vindictive dismissal, that he had never been accused of any act of gross misconduct, never suspended, interdicted, neither had his salary been reduced/stopped before the dismissal.

He added and that he was not invited and did not attend any Prisons Disciplinary Committee meeting, pointing out that he was not given fair hearing,contrary to procedures of Public Service Rules (PSR).

He also averred that the provision of Part V (A) (i) of the Guidelines and Rules 030307 (xiii), provides that all disciplinary procedure must commence and be completed within 60 days was not followed in his case, a position which the judge supported in the ruling saying,

‘’I found nothing to show that the claimant was suspended or interdicted. In fact, what the defendants did was to indict the claimant after which he was issued a query in 2016 and was dismissed in 2018 after two years of the alleged indictment in flagrant breach of the PSR.

‘’It is equally unconscionable and an unfair labour practice for an employer as in this instant to wait till just about five months to the date of retirement of an employee to dismiss him from service for unproven allegations (See Ekeoma Ajah v. Fidelity Bank (Unreported) Suit No. NICN/LA/588/2017, judgement was delivered on 14 May, 2019).

He maintained that the claimant had proved his case far above the lawful threshold, that he was wrongfully dismissed from service.

In his statement of defence, DCP Odeyemi, who holds the service record as the first and longest-serving National Public Relations Officer of the Nigeria Prisons Service, said that following a prison riot that occurred on 10/10/2014, he professionally quelled it as a result of which no inmate escaped nor was there a jail break.

DCP said he got a clean bill of health on 18 October 2014 by an 11-man Presidential Panel, headed by former Executive Secretary of National Human Rights Commission, Professor Ben Angwe.

“The Ministerial Committee that investigated the riot, headed by former Minister of Interior, Comrade Abba Moro (now Senator), addressed the media after the investigation and said:

Lamenting that his mates and juniors are now Deputy Comptrollers General (DCGs) and ACGs of Prisons, he said he was unjustifiably stagnated for more than 12 years while his juniors in the service were promoted ahead of him,even after attending and completing necessary command courses and promotion examinations.

Our Correspondent gathered that DCP Odeyemi’s dismissal became a subject of intense interest in top government, religious, traditional and political quarters who pressed for the need to redress his case.

Efforts to reach DCP Odeyemi, to react to the judgment proved abortive but his counsel, Olusoji Toki, told reporters in Abuja that the judgement had further increased his client’s trust and confidence in the judiciary as the last hope of the common man.

He therefore expressed hope that the defendants would give expeditious attention to the ruling of the National Industrial Court.

‘’Let me register our appreciation to Her Lordship for displaying rare courage to deliver this judgement thereby delivering truth to power in accordance with the law. The ruling is another major triumph and victory for the judiciary as the last hope of the common man.

’It is a victory for all lovers of fairness, rule of law and natural justice. It marks an end to three years of our client’s dogged pursuit of justice. It is also another lesson for tyrants who forget that power is transient,’’ he said.