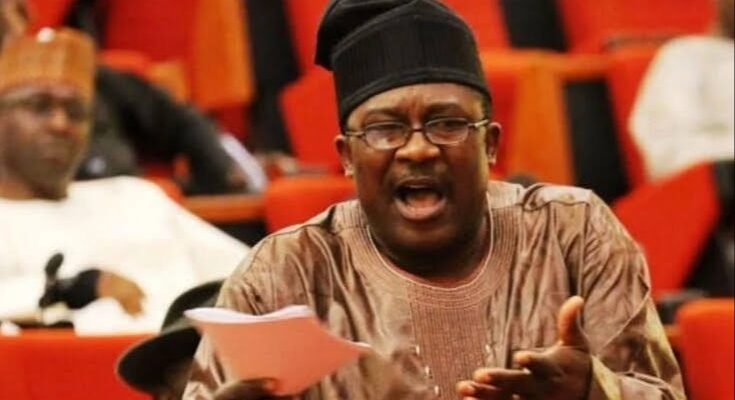 Alhaji Usman Yahaya, Chairman of the group, gave the commendation in an interview with NationalWatch in Lokoja, on Sunday.

According to him, both the party executive and members across the 11 wards of the council were impressed with Adeyemi’s record of achievement since assumption of office.

Yahaya said Senator Adeyemi had in no small measure advanced the party’s principles and ideals in all ramifications, going by the series of achievements recorded since elected into office.

ALSO READ THIS:  2023: Buhari’s Ally, Saleh, Others Begin Mobilisation For Tinubu In Kaduna

He lauded the recent empowerment of some widows in the council with each of the widows going home with N10, 000.

“We in Kogi local government area APC are proud to associate with the laudable achievement of Senator Smart Adeyemi in his quest to bring succour and dividend of democracy closer to the people of the council and the constituency in general.

“It is a fact that Kogi LGA, like other six councils in the federal constituency, has continued to witness tremendous progress in the areas of youth and women empowerment; entrepreneurship and vocational development and provision of social amenities, through Smart Adeyemi.

ALSO READ THIS:  I’m Ready To Reconcile With Ganduje – Kwankwaso

“Senator Adeyemi had not only upheld the party’s principles and ideals of teaching people how to fish, but has shown greater commitment toward fulfilling his promises to the electorate during the last general elections.

“W are very hopeful and optimistic that these gesture will continue to attract more recognition, accolades and entrance of more members into the party’s fold, ahead of the next elections.

“With series of achievements recorded so far, we express our support and confidence in the ability and capability of the Senator.

“We must not fail to recognise some of the projects and programmes, including sinking of motorised boreholes, free distribution of UTME forms to prospective applicants, distribution of free eye glasses and training of some youths on the benefit of entrepreneur and vocations.

“Others are erection of street light poles in major locations,” he said.

Yahaya called for more support and prayers for the lawmaker and called on other elected leaders in Kogi West Senatorial District to assist them in bringing about the desired transformation envisioned for the area.

He, however, appealed to members of the APC to remain committed and dedicated in order to achieve more victories for the party in future elections.