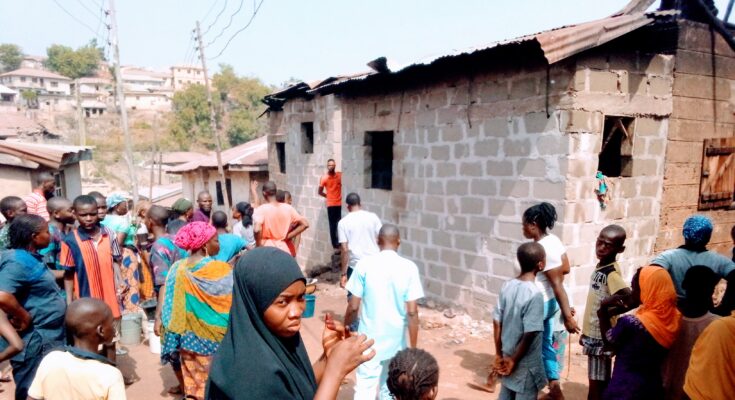 Property worth millions of naira were today lost to fire at No. K71. Karaworo Street in Lokoja the Kogi State capital.

There was pandemonium as smoke suddenly covered the air from the compound made up of residential building.

The fire with billowing smoke were coming from some of the rooms, which made it difficult for neighbours who wanted to render assistance to stop the fire as they kept beating a retreat with the raging inferno.

The hearts of owners of buildings on either side jumped up their chest into their mouths as they helplessly watched the smoke go up into the sky while the fire kept spreading.

The situation was also not helped by the fact that most occupants of the building had left for work while the
neighbours who were around had limited access to the building.

Prior to the arrival of fire servicemen, some of the bold sympathisers that besieged the scene dared took the risk to put out the fire though with little success.

A young man who pleaded for anonymity said no one could identify the cause of the fire, which many suspect could have been from electrical appliances that were not put off.

When contacted, an official of the State Fire Service, told National Watch that four rooms were affected by the fire incident, which source was yet to be identified.

ALSO READ THIS:  Wike Turning Himself Into god Of Rivers People – Dakuku Peterside

He said a distress call from one Usman Danladi was received at about 10:10p.m. saying that there was fire outbreak in Karaworo street.

He said: “On receiving the information, we quickly sent some of our personnel and fire fighting vehicle to the scene of the incident at about 10:15 pm to stop the fire from spreading to other buildings.”

He however said that there were no casualties, but that property yet to be estimated were lost to the fire outbreak.

He advised residents to be more careful and desist from using instruments capable of triggering fire as a way of guarding against future occurrence.

The fire service official further advised residents to keep fire buckets, blankets and extinguishers at home to enable them curtail fire outbreak before calling on the fire service. 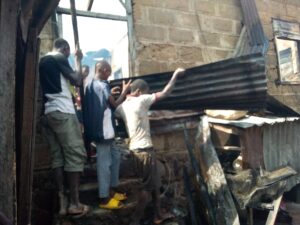 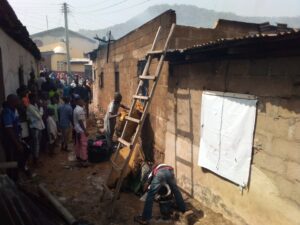 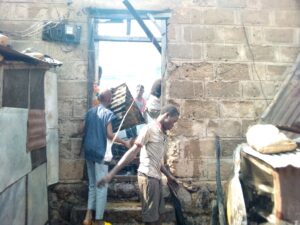 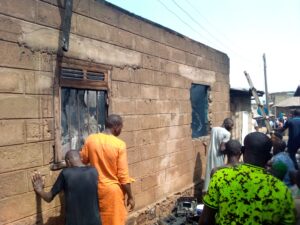