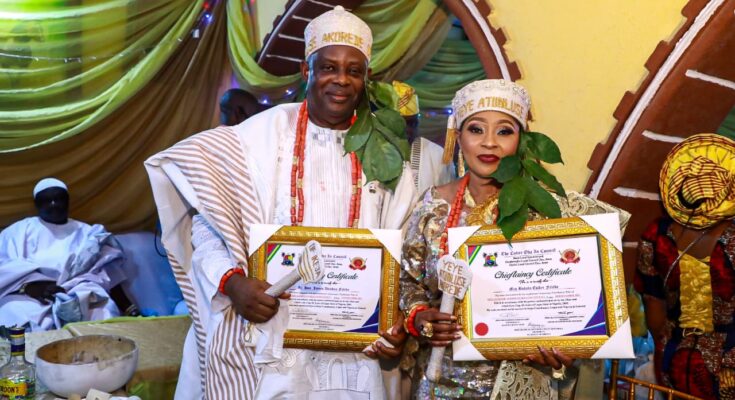 The seat of power in Lagos, Ikeja, was all pomp and peagantry Friday, January 7 as Honourable Member representing Ikeja Federal Constituency in the House of Representatives, Rt Hon James Abiodun Faleke and his wife, Bukunola were honoured with the the Chieftancy titles of Atunlushe-Akorede of Ikeja land and Yeye Atunlushe-Akorede of Ikeja Land respectively by the Obas-in-Council. 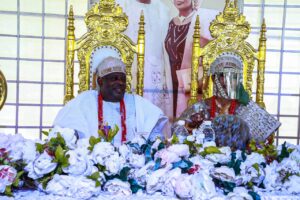 The event attracted the creme of the political class, business community and the diplomatic corps among others.

The National Leader of the All Progressives Congress(APC), Asiwaju Bola Ahmed Tinubu was well represented at the occasion, while Honourable Speaker of the House of Representatives, Rt.Hon Femi Gbajabiamila also graced the event with several members of the National Assembly among others. 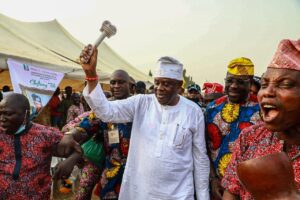 The Obas-in-Council said the Chieftancy titles were bestowed on Faleke and his wife as a mark of recognition of his spectacular performance in the Green Chambers, especially the dividends of democracy being enjoyed by his constituents in Ikeja. 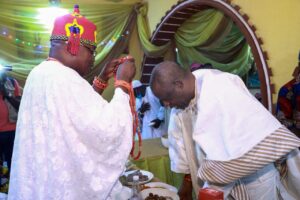