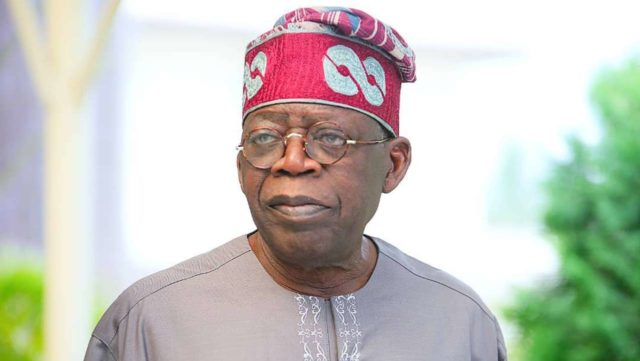 Ahead of the February 26 National Convention of the All Progressives Congress (APC), the National Leader of the party, Asiwaju Bola Tinubu Saturday morning paid a visit to one of the Chairmanship aspirants , Senator Sani Musa ( APC Niger East).

Tinubu who visited Senator Musa in his Maitama, Abuja residence, assured the latter that the contribution he made to the party will not go in vain.

” Senator Musa( 313) will surely be rewarded by the party following his contributions to the success of the party in 2014/ 2015.

“Sani Musa is a qualified National Chairmanship aspirant with blueprint for New Vision of the party in New Direction for electoral victory” he said.

Senator Musa who chairs the Senate Commitee on general services in his response, thanked the National Leader of the party for the solidarity visit.

He said if eventually voted as National Chairman of APC, he will steer the party in the right direction of winning 2023 general elections overwhelmingly.