Home Opinions RE:JERRY OMODARA – ME, MYSELF AND I (Part One) 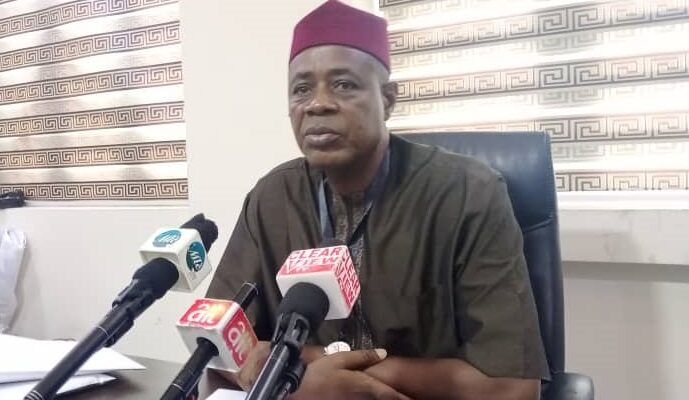 RE:JERRY OMODARA – ME, MYSELF AND I (Part One)

Sometimes, ignoring the rants of mad dogs like this nincompoop,

Deola Ogungbuyi whose cowardice and that of his pay master wouldn’t permit him to come out to defend his illusional junks is the best decision to take as not everyone is a pig who takes pleasure in mudsliding like them. But for the sake of the sensibility and sanity of the reading public, one is compelled to puncture his falsehood, fabricated out of malice and inordinate ambition of his pay master to benefit from every available political contest. One will not be too surprised, as his pay master has outshoot his target, and for his firm believe that charms and herbalism can fetch him everything he desires, as such he can afford to overstretch his fortune. He would also stop at nought to pull down anyone he sees as an obstacle even if he has benefited from the benevolence of such person(s) in the past. The faceless writer should go back to his master to confirm how he got to his current position and the role Omodara played in ensuring he got it. Not too surprised anyway that though they remain ungrateful, wicked and diabolical in their actions and activities towards Omodara, it is a in line with Okun adage that ‘eefin ni’wa’- character is like a smoke, it doesn’t hide for too long.

As usual, by his nature and disposition,he( Omodara) was not bothered about the junk. He had insisted his Media Team ignore the junk saying that he has committed those behind it to God according to Palm 35. But after a much careful examination of the conditions surrounding the write up, we came to the conclusion that such misinformation must not be allowed to slide unaddressed.

A perusal of the poorly authored thrash by the fake individual called Deola Ogungbuyi whose confidence and manliness betrayed him to bear his original name will confirm the certainty that such a hatchet job can only be done for a morsel and by an unstable mind whose future depends on fraudsters turned politician like his oga.

Certainly, every reader will be inspired to query the essence of the write up and why the article centres on Omodara. The answer is simple. The failure of his pay master and his evil machinations through series of emisaries to spiritualists and babalawos in Ondo, Oyo, Ekiti, Kogi and others places to stop the daily rising profile of Omodara which have come to naught is serious unsettling their camp, hence a resolve to media war to dent the image of the award winning Security Adviser.

The reading public should inquire the propriety of the unfounded and needless article. Is the author and the sponsor so much in love with our governor and so concerned about security that the article is coming up to address security issues in a state that is adjudged as the best in the country? Or is the junk coming up as a veil of the timidity, fear and imminent failure of the House of Representatives ambition of a fraudster-tuned- politician that sees Commander Omodara as his greatest threat? The as answer is aligned to the second answer above.

Truth they say is universal, this no doubt must have compelled the unstable minded writer to acknowledge the high integrity of Commander Omodara in his yet unsensible junk. It should be noted that , intergrity is a lifestyle that cannot be learned in a day.

Conversely, same cannot be said of his pay master who dwells in controversies of dishonesty, fraud, fake promises among others. His lack of integrity manivests variously in dubious acts and 419 with record of cases of severally been locked up in police cells in Lokoja and near jail incidences abound. We are restrained from going for details and specific issues but we will wait for your part 2 as promised for further details of evidence of the dubious lifestyle of your principal before he came to limelight.

Commander Omodara, a fine, calm calculative and results oriented and accomplished security expert who had an eventful career and voluntarily retired in 2014 from Nigeria Navy has never lobbied for any appointment including his appointment as State Security Adviser . He was re-appointed in 2020 in the wisdom and good judgement of the Executive Governor. GYB, a result oriented leader with eyes for the best hands would not have re-appointed Omodara if he failed in his assignment as Security Adviser in 2016-2020.

Omodara’s robust CV and accomplished career is intimidating. Omodara a seasoned security expert, with good academic record with several courses abroad including a Course in National Security and Country Resilience from Galilee International Management institute, Isreal. His record in also there at international School of Protocol and Diplomacy, Brussels Belgium. A wide travelled personality that has represented the nation in several countries. A highly respected Senior officer who has functioned in several technically demanding bits.

Same cannot be said of our House of Representatives despirado who has no record of achievement to market him but depends solely on lobbying his way into every space.

He is good at greedily converting people’s benefits for his personal use. The House of Representatives slot is not a guarantee for the repayment of your gbese.

Commander Omodara can freely and pleasurably visit his community and his LG headquarter any day and time but our friend is a shadow in his community today wangling with everyone not supporting his ambition. He moves about like cockroach, sending people to distribute ill gotten money to Wards and stakeholders. Money that is the sweat of his colleagues. What is hidden under the sun, nothing, the curses of those they are cheating are upon your pay Master.

In reverence to the soul of our revered and respected late Gen Okutimo, kindly permit him to rest in peace. He did his best as the state Security Adviser, no doubt. May his soul continue to repose well.

Omodara is not like your Master that pulls people down from their position, who is at logger head with virtually every community leaders.

This is to tell you that, the calmness and cool mien of Omodara should not be interpreted for docility or timidity. Your media war shall be met with equally potent brains and hands.

While we await your part 2, we want to counsel you that power is in the hand of God and if it pleases him Kabba/ Bunu/ Ijumu Federal Constituency will be represented by capacity driven, God fearing individual and that individual is Omodara.