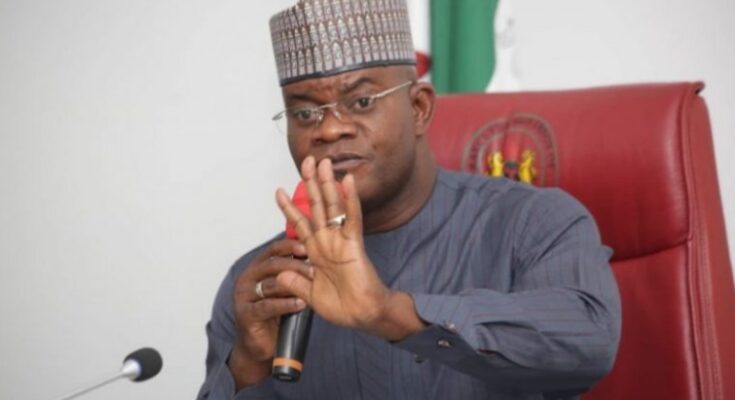 Yahaya Bello, the Governor of Kogi State, has said that no criminal seeking safe haven in the state would leave the state alive.

The governor said this in Lokoja on Saturday when he played host to Chairman of Yagba West Local Government Area, Pius Kolawole.

Kolawole came to brief the governor of a robbery incident in his domain and the success achieved so far.

The LCDA chairman said some of the robbers were arrested while others were killed.

However, Bello, said no criminal who enters Kogi to perpetrate crime would leave the state alive.

“If 20 criminals enter Kogi, they will leave in zero,” he said.

The governor noted that Kogi is not an open playfield for criminals adding that anyone who is caught would face the wrath of the law.

He reiterated the determination of his administration to collaborate with security agencies to flush out criminal-minded people out of the state without mercy.

Bello commended the local governmnt chairman for his doggednes saying he had demonstrated capacity and bravery.