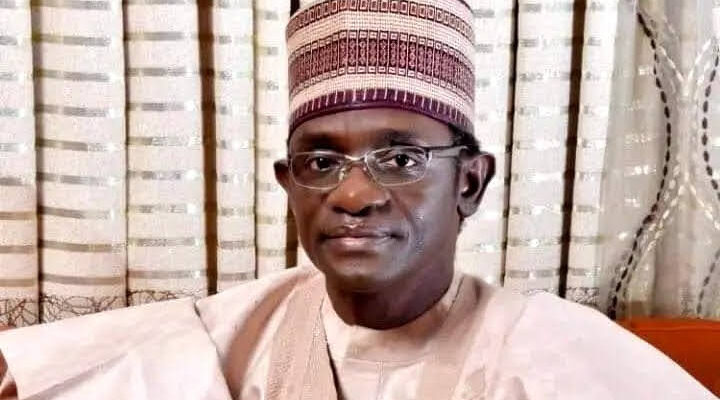 Update: APC National Convention To Go On As Planned – CECPC

The Governor Mai Mala Buni-led Caretaker Extraordinary Convention Planning Committee CECPC of the ruling All Progressives Congress APC has dismissed fears of a possible postponement of the February 2022 National Convention of the party, saying it would soon set up relevant sub-committees in that regard.

National Secretary of the CECPC, Sen. John James Akpanudoedehe disclosed this Monday in Abuja after a meeting of the committee which lasted several hours.

He said the meeting reviewed activities of the party over the past year and also deliberated on various national and party matters.

Akpanudoedehe said; “the meeting congratulated President Muhammadu Buhari on the implementation of several pro-people policies that has positively impacted the lives of many Nigerians and subsequently passed a vote of confidence in the administration

“The Party will engage critical stakeholders on issues that affect Nigerians.

“Thanked Nigerians for their continued support for the Party and Government. The CECPC wished citizens seasons greetings and peaceful celebrations”.

There had been agitations among some stakeholders of the party warning against a subtle tenure extension of the CECPC by way of postponing the convention.

Director General of the Progressive Governors’ Forum PGF, a think-tank for governors of the APC, Salihu Moh. Lukman had last week written the National Chairman, Caretaker Extraordinary Convention Planning Committee CECPC of the party, Gov. Mai Mala Buni on the need to revive all organs of the party ahead of its February 2022 national convention.

The PGF boss also asked the CECPC to immediately take steps to deliver on its mandate of conducting the national convention, saying any further delay in discharging this responsibility is as good as consciously working to strengthen political opposition to APC.

The letter dated December 16, 2021, a copy of which was sighted by NationalWatch was designed to introduce Lukman’s new book, “APC and Campaign for New Nigeria”, to the party leadership.

Meanwhile, the Saliu Mustapha Campaign Organization has welcomed the resolutions of the CECPC.

It said in a statement signed by its Head of Media and Strategic Unit, Dapo Okubanjo that it shows that the Governor Mai Mala Buni-led Committee is committed to the task handed them by the National Executive Committee (NEC) of our party on June 25 2020

The Organization said: “We see the move as a sign that the CECPC is prepared to ignore calls to defer the Convention and work in line with the position of majority of party stakeholders who are already bracing up for February 2022.

“We are looking forward to the committee naming the members of the budget sub-committee and of other structures in order for them to begin work in earnest and set a definite date for the convention.

It also advised the Buni-led committee to go a step further to prove their critics wrong.

“Having taken this step, we want to appeal to the CECPC to release the guidelines for the convention as well as set up other sub-committees as soon as possible.

“This will go a long way in laying to rest all sorts of suggestions about the intentions of the interim party executives,the campaign Organisation added.

Saliu Mustapha Campaign Organisation also urged the CECPC to reject any proposals or suggestions that is at variance with the clear position of President Muhammadu Buhari on the forthcoming convention.