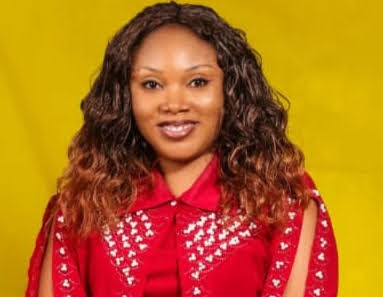 The Kogi State Board of Trustees, (BoT), Chairman of the Participation Initiative for Behavioural Changes in Development, PIBCID, Dr. M.M. Usman, has said that the hurried resignation of the organization’s Executive Director, Ms Halima Oiza Sadiq was ‘null and void’ describing her actions as ‘medicine after death’.

Dr. Usman stated this in his office on Thursday while reacting to the recent resignation of Sadiq.

The BoT Chairman said Sadiq resigned her appointment days after he had notified her through a letter that independent auditors have been assigned to audit the finances of her office.

Dr. Usman who hinted that Sadiq that had since been suspended, will still appear before the auditors to defend herself.

He said; “It has come to my notice that Ms Halima O Sadiq, the Executive Director of Participation Initiative for Behavioural Changes in Development, PIBCID, has resigned her position. This is blatant lies against the BoT of PIBCID. She was asked to appear before an independent auditor to answer fraudulent allegations against her, but instead of doing so decided to feigned her resignation with a purported notice of  clearance, which is hereby nullify and of no use. She is hereby suspended until she comes forward to clear herself before the auditors”.

Notification letter sent to her by the BoT Chairman reads in part: The auditor will be available on wednesday 22nd and Thursday 23rd December 2021. ED is hereby directed to meet with the auditor on these days with the bank statements and all documents used to disbursed funds as well as programs and activities conducted during the period. Please ensure that all your Finance Officers and program officers are to appear with you before the auditor on both days. The account and records to bring includes 1. Gserve 2 accounts,  2. LRP accounts,.  3. Solidaridad accounts as well as names of signatories to the accounts. Please inform your staff accordingly and treat with despatch.

Please include PFA accounts as well. Please note that the bank statements are from January to December 2021. Thank you.
BoT Chairman.

The PIBCID is been founded by the ActionAid.

Meanwhile, a Kogi anti-corruption advocacy group, the Campaign Against Impunity in Kogi, has called on the auditors to make public the results of their investigation into the activities of Ms Halima Sadiq, the embattled Executive Director of the PIBCID.

The group made the call in a press statement made available to newsmen in Lokoja, on Thursday, December 23.

The statement which was signed by the Chairman of the anti-corruption group, Mr. David Solomon, commended the PIBCID BoT Chairman, Dr. M. M. Usman, for suspending the Executive  Director  and urged him not to give in to media pressure allegedly sponsored by Ms. Halima Oiza Sadiq.