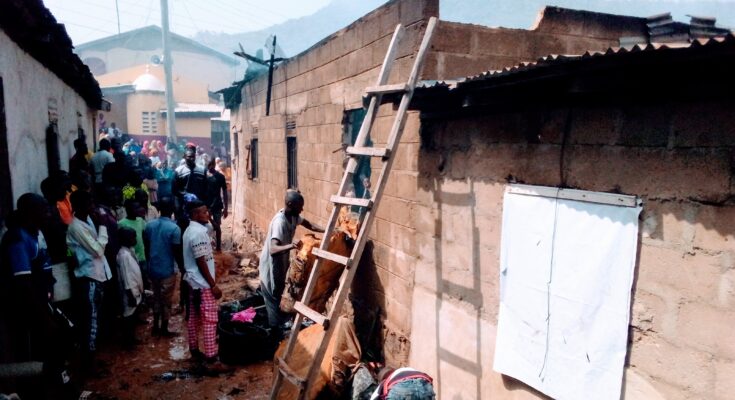 Day after the inferno that razed a building in Karaworo street, Lokoja, the Kogi State capital, some occupants of the rooms affected by the fire are yet to get over the loss.

The fire incident which occurred on Monday, December 27, 2021, razed four rooms in the building leaving only rubbles for the tenants.

It was learnt that the fire started due to an electrical spark from a room before it spread to other rooms.

A distress call was however made to the Fire service officers whose rescue helped salvage the situation from completely wrecking the building. 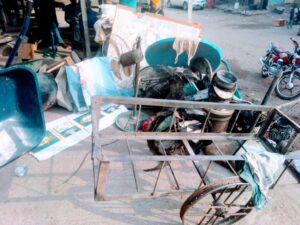 Speaking to our correspondent, one of the affected tenants who is visibly in shock, Madam Sweet Mama said she is shocked and doesn’t know where to start from.

“I don’t know where to start from. The fire has consumed every thing I have in my room. I don’t know how it started but my room was already burning and filled with smoke before I realized what happened. I still can’t believe my properties are gone,” she said.

“I appeal to the state government and other well-meaning Nigerians and the good people of Kogi State to come to our aid.

Presently, the affected parts of the building has been cordoned off by syimpertizers after the rescue operation.

While some tenants were not immediately available for comments, some concerned individuals opined that the affected building should be taken care by government for proper renovation due to the inferno.