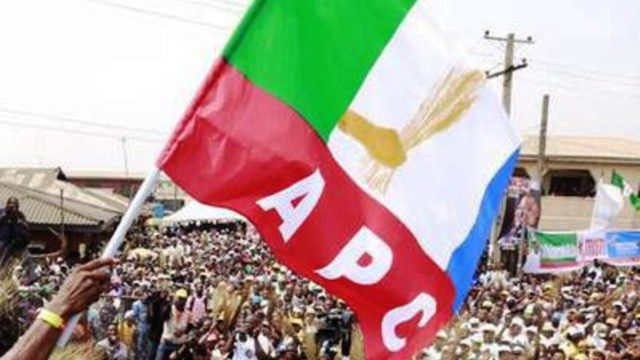 The recent fears about the ability of the All Progressives Congress (APC) to successfully hold a national convention in February, has been described as unfounded.

A Chieftain of the party and National Coordinator of a non-governmental group, Northern Conscience 4’ 2023 (NC4’2023), Dr Garus Gololo, on Friday in Abuja, said that efforts are on top gear to ensure that the convention Is held.

Speaking to journalists on the heels of President Muhammadu Buhari’s visit to commission some federal and State government projects in Kaduna State, Dr Gololo said that while despite talks in some quarters that the party should shift the date of the exercise, the APC was set to gather its members in Abuja come 26 February.

He said that “the party is focused on delivering the dividends of democracy to the electorates, and will not allow itself to be derailed by the activities of mudslingers and rumor mongers.

We’re aware that opposition parties especially the PDP, are behind all fake news about the likelihood of the postponement of the convention. We’re not moved by such pedestrian distraction. We’re committed to our course. And Isha-Allah, we’ll achieve our goal.”

He criticised the PDP for underground tactics, adding that “though the PDP was given the chance for 16 years to better Nigeria, it could not commission a single  rail line in any part of the country.

They were busy holding parties in the Villa with most prolific drunks entertained themselves with wine and women.”

Boasting that “President Buhari visited Lagos, Borno, Kaduna, Ebonyi and some other APC controlled states where he commissioned world class, people oriented projects,” the NC4’2923 National Coordinator disclosed that the President is set to commission additional projects in more APC states in 2023.

He also commended the Kaduna State Governor, Nasir El-Rufai who he said “broke away from the record of non-performance set by previous PDP governors in the state.

Records are there for anyone who wishes to, to see how how El-Rufai has changed the face of the state. Today, Kaduna unlike anywhere in West Africa has a flyover that trucks, smaller vehicles and even trains, ply. Something the PDP could not do in all her years governing that state.”

While also commending the Ebonyi State Governor, Dave Umahi “for his laudable infrastructural projects across the state,” the outspoken APC Chief noted that only the River State Governor, Nyesom Wike, has earned his mark among PDP governors.

According to him, “Nigerians are naturally critical and intelligent people and can readily tell the difference between a lame-duck-PDP administration that almost sold the country to the highest bidder, and an APC government that has bettered the country in various ways.”