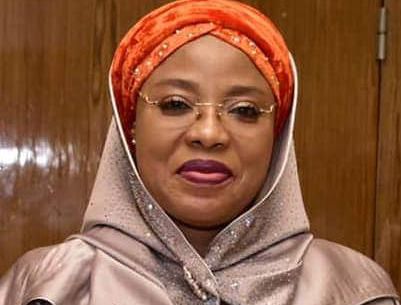 Following the outcomes of the just concluded area council elections, FCT Minister of State, Dr. Ramatu Tijjani Aliyu, has called on the Independent National Electoral Commission (INEC), to as a matter of urgency improve on the functionality of the Bimodal Voters Accreditation Systems.

The minister gave this charge at the presentation of certificate of returns to the newly elected chairmen and councillors of the area council elections held on February 12, 2022.

Aliyu stressed that in the course of monitoring the voting process it was observed that the process slow at several polling units owing to malfunctioning or faulty BVAS machines.

ALSO READ THIS:  Lokoja/Kogi Reps: Aguye Submits Letter Of Intent, As Lokoja APC Stakeholders, Others Adopt Him As Consensus Candidate

The minister, therefore, tasked the Independent National Electoral Commission (INEC), to as a matter of urgency look into BVAS machines malfunctioning or in the alternative allow electorate accredited to vote manually as the nation approaches general elections.

Her words; “Today is another remarkable day in the history of FCT as we have successfully conducted one of the most peaceful elections in the third tier of government in Nigeria.

“The elections have been won and lost, but today’s event is for the presentation of certificates of return to the newly elected chairmen of the six area councils and councillors of the 62 wards of FCT. It is worthy to note that the FCT Administration does not in any way interfere with the conduct of the elections. This alone entails transparency.

“However in the course of monitoring the election process in the six area councils the voting process was slow at several polling units because the Bimodal Voters Accreditation System (BVAS) machine was faulty or malfunctioning.

“The Independent National Electoral Commission (INEC) should as a matter of urgency look into BVAS machine malfunctioning or in the alternative allow electorate accredited to vote manually. I did not say cancel the BVAS, because I am not a contestant in anyway here”.