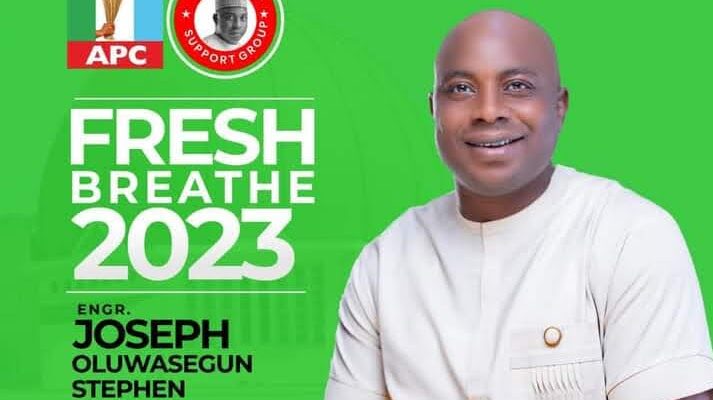 Stephen in a statement, in Lokoja on Sunday, described Adamu’s victory as a testimony to the tremendous respect that he enjoys across the polity for his integrity, experience and leadership capacity.

“I heartily congratulate His Excellency, Sen. Abdullahi Adamu, on his emergence as the National Chairman of the APC from the just concluded National Convention of our great party.

“I share this common belief in his suitability for piloting the affairs of our great party APC, from this very important juncture.

“Sen. Adamu’s antecedents as a political leader and astute administrator shows that our party has made a great choice in his election as our National Chairman,” he said

The APC senatorial aspirant also congratulated other members of the newly inaugurated National Working Committee (NWC) and other zonal officers of the party on their elections.

He urged them to do their best to deliver their mandates and live up to the expectations of the teeming members of the party within and outside the country.

“The emergence of Sen. Adamu and his great team from a rancour-free convention has drawn the envies of our rivals and sent jitters down their spines.

“That is unavoidable, given the status of the APC in the Nigerian polity and the warm place it has occupied in the hearts of Nigerians since its formation and assumption of national governance.

Stephen commended the aspirants for their sacrifices, cooperation and abiding love for the party which provided the environment and impetus for the attainment of consensus in the leadership selection process at the convention.

“Posterity will recognise their great sacrifices”.

“I also thanked President Muhammadu Buhari and other leaders of our great party whose exemplary leadership and wise counsels led to the success of the convention.

“With the successful conclusion of the national convention, our great party is good to go for our primaries within the timeframe prescribed by the Independent National Electoral Commission (INEC).

“I am confident that we will also have peaceful primaries that will propel us to another resounding success at the general elections in 2023,” he said.

Stephen further wished the new chairman and other members in his team success in discharging their responsibilities.