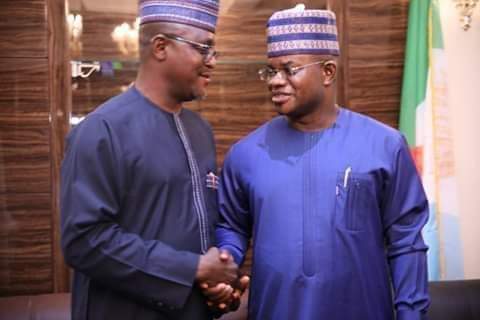 For a grass root politician, Saidu Akawu Salihu (SAS), the journey to the Green chamber started in 2018 at a meeting initiated by His Excellency, the Kogi State Governor, Alhaji Yahaya Bello at his residence in Abuja.

Being the leader of the ruling All Progressives Congress (APC) in Kogi State, Governor Bello who chaired the meeting wanted to utilize it to settle permanently, all outstanding issues in the political terrain of the state with specific emphasis on choosing a viable and suitable candidate for the Lokoja/Koto Federal Constituency between charismatic SAS and one Abuja business man, Alh Wambai Abdulkareem who as at 2019 were both contesting against each other to represent the constituency.

At the end of the meeting, an agreement was reached where SAS was chosen to run for 2019 and Wambai to wait till 2023. To concretise the agreement, strong commitments were extracted from both sides to work harmoniously for the victory of the party.

Few weeks later, precisely the day SAS was going to pick the nomination and interest forms, the then Chief of Staff now deputy governor placed a call to SAS to report at the Government House, Lokoja. When he got there, he was informed by the Chief of Staff that Governor Bello had changed his mind about the initial agreement and SAS was ordered to withdraw from the 2019 race for Wambai and wait for 2023.

SAS didn’t only comply with the order but worked assiduously for the emergence of Wambai by mobilising the people of the area for Wambai electoral victory. The party eventually won the election because he delivered.

Being a man of faith and one who doesn’t play double game or anti party politics, he never exhibited bitterness rather he embraced the change in good faith.

As preparation for the 2023 general elections are reaching feverish pitch, the rumour mill is once again agog to suggest that Governor Bello will once again renege on his several promises to SAS that he would fly the party’s ticket. The schemins to do away with past agreements are now coming to the open for all to see.

The governor should simply toe the line of honour, respect and fulfill his promises. Anything short of this would only put him in bad light and stain his image, also question his faith, because Islam is very clear about reneging on promises. This is not the time to flaunt pride and display raw power.

Let me remind the governor and his aides that Quran, Chapter 61, Verse 2-3, says Keeping promise is paramount. In fact, breaking one’s promise is considered to be one of the greater sins that a person can commit.
Islam is explicit about this and the consequences are clear.

Another option open to the governor to redeem his image and at worse is to allow a level playing ground and stop the meddlesome. Let his purported candidate go out there and contest the primary with others. At least Gov. Bello was a beneficiary of free and fair primary in 2015 and for that he should be seeing protecting it and not to killing it. Power is transient, he’s in charge today by God willing, another person will surely take charge tomorrow. It won’t last forever! Let us be civilize about it and act appropriately.

If the governor and his aides go ahead and do what they want to do, ultimately, they are the loser and purveyor of injustice while SAS will be celebrated as the winner.