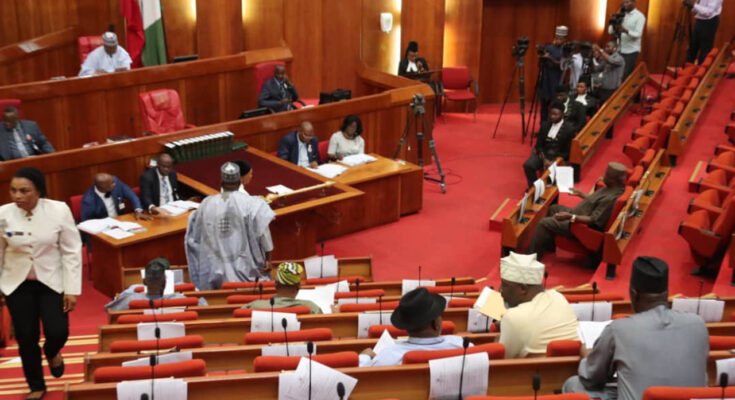 The National Assembly has amended the Electoral Act Amendment bill with a provision empowering political parties to determine the procedure for the conduct of primary elections.

This followed the reintroduction of the bill in both the Senate and House of Representatives by Senator Yahaya Abdullahi and Rep Abubakar Hassan Fulata respectively during plenary on Wednesday.

President Muhammadu Buhari had declined assent to the draft law passed last year over the provision of direct primaries as the sole mode of conducting political parties’ primaries.

It states that; “a political party seeking to nominate candidates for elections under this bill shall hold direct primaries for aspirants to all elective positions, which shall be monitored by the Commission (INEC).”

The president had said he would assent the electoral act bill if the lawmakers provided options for the conduct of political parties’ primaries.

The Senate, in a motion for re-committal by the Leader, Yahaya Abdullahi (APC, Kebbi) amended the bill to provide for direct, indirect and consensus methods of electing aspirants to all elective positions.