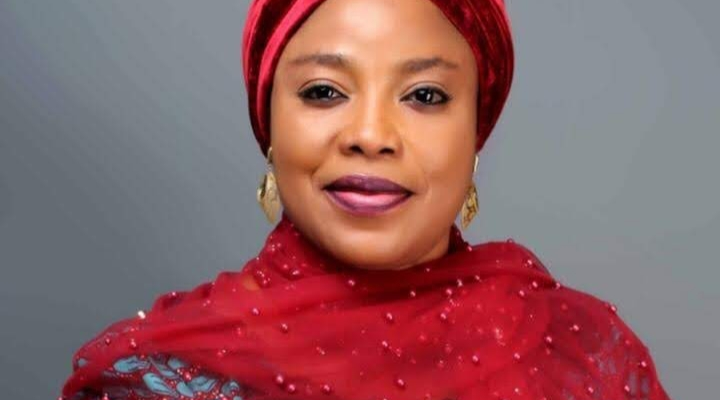 In response to news making the rounds pertaining to a statement credited to the Honorable Minister of State for the Federal Capital Territory (FCT), Hajiya Ramatu Aliyu with concerns to Saturday, February 12, 2022 upcoming FCT Council elections, the CIVIL SOCIETY NETWORK FOR DEVELOPMENT AND GOOD GOVERNANCE (CSNDG), under the leadership of its Chairperson, Evelyn Onyilo, wishes to call the attention of the General public and FCT residents to remain steadfast and dedicated to the good works and excellent personality of the Honorable minister and disallow possible attempts to tarnish the highly revered image of altruism built by the Minister, hold any sway.

For the purpose of clarity, the statement issued by a group, CONCERNED FCT INDIGENOUS/ RESIDENTS WOMEN and signed by its Leader, Josephine Itayo and cautioning the Honorable Minister of State for the Federal Capital Territory (FCT), Hajiya Ramatu Aliyu on purported inflammatory statements, is nonetheless careless and frivolous as it clearly connotes a misconstrue and misinterpretation of the Honorable minister’s noble intentions. The statement isolated an utterance within a missive, making it seemingly quite mischievous.

It is worthy of note to authoritatively say that the Honorable Minister of State FCT, Hajiya Ramatu Aliyu is a woman of great and irrefutable character and candor which has translated into a wonderful, peaceful and smooth relationship with all residents of FCT across the six area councils irrespective of ethnic, religious, tribal, academic and gender background or beliefs. This was more pronounced in her handling of the FCT palliative distributions across all sector in a unique system of “no community or group is left behind” maxim. The civil society organization bodies can testify to this with the type of open system she operated with all, which included involving us in the palliative distributions to ensure accountability and due process in conducting the distributions of palliatives to capture the different general population groups. In doing this the CSOs were in the fore front as she had earlier pronounced before the public at the old parade ground, the UTC stores and Eagle square that we are the true voice of the voiceless and the eyes of the people and that peaceful conduct of the distributions is paramount to her.

It is therefore a surprise and arcane decision for anyone to gather and say as concerned women group, our dear amiable and peace-loving Hon Minister of State FCT is making inciting statements that will cause problems for the upcoming FCT area councils’ election, this appears indeed retrogressive, insipid and incongruent. It doesn’t just add up that a woman who preaches peace everywhere she goes across the FCT and has developed a trusted working relationship with residents and natives will now be the one stoking the embers of violence in her own domain, just because election is here and some people decides to go low.

We are however assured that the Hon. Minister will go high as have been her standard. While we urge FCT Natives and residents to maintain firm faith in the Hon. Minister whom they have come to love, we urge anyone who wishes to engage in mischief and political misdemeanors to desist from such as the elections fast approaches.

Previous PostHOUSE RENT: Nigerians Must Not Continue To Suffer In The Hands Of Shylock Landlords — Sen. Smart Adeyemi Next PostStop Tales Of Falsehood, Deceit Against FCT Minister