Home News HOUSE RENT: Nigerians Must Not Continue To Suffer In The Hands Of Shylock Landlords — Sen. Smart Adeyemi 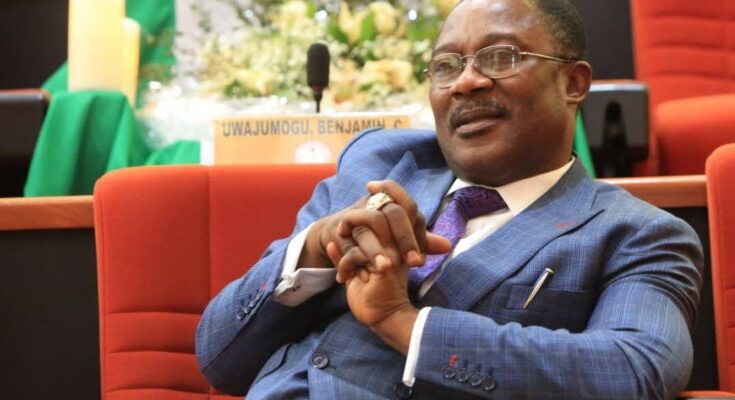 HOUSE RENT: Nigerians Must Not Continue To Suffer In The Hands Of Shylock Landlords — Sen. Smart Adeyemi

*** States can replicate this bill meant for FCT

Amidst the controversies trailing the proposed monthly house rent bill, the sponsor, Senator Smart Adeyemi who represents Kogi West Senatorial Zone in the 9th Senate of the federal republic of Nigeria speaks exclusively to NationalWatch on the benefits of the bill.

You are currently sponsoring a bill that seeks to reduce the house rent  system from yearly to monthly payment. Can you give a highlight of that bill?

Well, the bill is basically to checkmate the high rate of rents of rooms, apartment and shops in Abuja. We came to realise the fact that one of the problems confronting residents is the problem of accommodation. And I think quite a number of landlords took it as an advantage because of the ever increasing population of Abuja, because of the high level of insecurity in neighbouring states, many people now troop into the city.

To get a fairly good two bedroom within Abuja city centre, we’re talking a lot of money and the landlord will ask you to pay for two years minimum. Sometimes, they asked for three years. Now, there are a large army of unemployed youths who are highly intelligent, highly visionary and they need a place to put their head in order for them to survive, in order for them to be able to articulate their vision within the framework of the law. They want to be law abiding but they want accommodation. They want to live well. Now, if you ask such guys, such category of Nigerians to go and look for two years rent, how do they get it?

In developed nations of the world, people pay monthly bills. I wouldn’t know how we got to this level that landlord will now demand for one year, two years, three years rent. Some landlords go to the extent of even asking for five years. Now to me, we have a duty as lawmakers and our duty is very simple. Our duty as lawmakers is to make laws for effective governance of the nation in such a manner that every Nigerian will have a sense of belonging and where his rights will be protected, and he’ll be responsible citizens and patriotic to his nation.

Now, if the nation cannot give you all that you desire, the nation should be able to provide an enabling environment for you to strive. Once someone cannot get a good accommodation to stay, then all his vision will die with him. I’ve had occasions of interacting with people across the length and breadth of our nation and I came to the conclusion that we as lawmakers must start looking at how we can make legislation as a weapon of carrying out a very peaceful revolution. Revolutionary in the context of changing the perception of life and the way people live and the way they assume that the nation should be. We must work towards that and that can be done through appropriate legislation.

Have you taken time to go around the city? Can you easily count the number of houses that have been completed 2, 3, 4 years and nobody lives there? Have you wondered why it is so? It is so because the rents are too high. The landlords or the owners don’t care whether it’s occupied or not. Why is it that you don’t care because they are from stolen funds. There is no city where somebody will take a facility of a bank and you build and it’s completed and you don’t bother to have tenants. These houses themselves are security risk to our Nigerian nation, to Abuja resident because when you have a house, a complex, some estates completed over the years without anyone living in them;  have you checked along the airport road? Some of them are 90% completed.

Ask a tenant to pay three months, they will move in. But they will ask for two years, three years rent. I’m not saying that all the houses in Abuja emanated from stolen funds but I hold the view that more than three quarter of the houses that are not occupied today were products of corruption. And once it is known to the landlord that there’s a law in place that you cannot even have three months, then you have to give out the house.

For better clarifications , the bill for Federal Capital Territory, isn’t it?

So, we are making laws for FCT as it affects accommodation and the basic things. If the State Houses of Assembly feel they could do it, why not? What we’re fighting against is applicable to their States.

So, the bill is not talking about having a nationwide effect for now?

This bill is focusing on FCT. It could be domesticated in the States but the bill is for the federal capital territory. Now, if you as a landlord insists that your tenant should pay more than three months, you are going against the law and the provision of the Act and the penalty is there. The penalty is still subject to what we’re going to discuss at the public hearing.

Some persons are not salary earners or government workers who are paid monthly. They are artisans who are sometimes cash-strapped for weeks and so, may prefer the yearly rent. Did you take that into consideration?

Those are the theories that the landlords are now propelling about. There is no Nigerian who is so sufficient or who is at the level which you are talking now that will prefer to pay one year. The economy is bad. How many people are making money in Nigeria? These are the theories that the landlords are now propounding. I heard some of them on radio. Okay, they’re just trying to manipulate the people. It is a lie. The taxi drivers are happy that they will be paying monthly. They live by the day. So, how will a taxi driver tell you that he is ready to pay for one year.

It means he is doing more than the cab business he is driving. No taxi driver will be happy that he is paying one year. He has a family. He has children to take care of. He has a wife to take care of. The fact is that if you say you can pay one year, that is between you and the landlord but the law does not want to hear any landlord is compelling somebody to pay. Why do you think there’s high level of corruption in Abuja? Accommodation is one of the problems. People want to have a house of their own. People want to live comfortably. So they undermine the system.

I think the government at one time mulled a policy to ensure that these empty buildings are occupied?

Yeah. Well, you see, everything must have a law to govern it. We are going to put a law in place and I’m already talking with the Nigerian Labour Congress, NLC to come up with the ideas. We have a team who will occasionally move around Abuja and look at houses that have been completed. We will now provide a framework where once it is established, they will go to court and present a document and it will be presented before a competent court of law. And based on the Act that we are going to pass, the house will be left open for anybody who wants to occupy and pay.

Are you getting opposition to this bill? Are people asking you to shut it down?

Of course, of course. Uncountable. A number of landlords have threatened me. Some of them have called me names. Some of them have said some unprintable things about me. But you see my conscience is intact. From my background, I still remember how my landlords would make me unable to sleep when the payment was due. And I know that there are other Nigerians passing through that phase of life. It’s a terrible phase when you’re a tenant.

I cannot say because I have a roof over my head, I will forget how I jumped fence when the landlord was coming, or when the care-taker was coming. I haven’t forgotten. You know, all these things came out of the pains I went through in time past. When salary wouls not be paid on time and the landlord and the care-taker would come around and I would switch off the whole light to let them think that I was not at home and they would be screaming at the front of my house. I haven’t forgotten. And that has killed so many people. It has made some people to develop blood pressure.

Some people have died in the process. Some families have been broken off, you know, because of the inability of the head of the family to meet the payment that’s required for rent. So, a lot of things have happened to so many Nigerians. Some Nigerians have gone to do what they never thought of doing because they needed to pay rent. There are so many of our ladies who have compromised their integrity out of the desire to pay rent. We can’t allow this to continue. There’s no developed nation except you correct me, where payment is paid annually. In America, UK, they have a more developed economy.

Does the rent include shops, plaza and some others?

Of course, you see, you have to make life less stressful for people that way, people can be patriotic. A hungry man is an angry man. You don’t ask people to respect the flag or sing the national anthem when they’re hungry, when the system is hard for them. Why are people leaving this country? It’s because the cost of living is high. Why people are corrupt in Nigeria is because they couldn’t meet the standard of living. So, we have to put a legislation in place that will make life a bit less stressful for Nigerians to live happily.

But some big men like you are actually the owners of these houses that we are talking about.

Well, I wouldn’t know what you mean by big men like me. But let me just tell you that I have properties that have tenants but not in Abuja. Because you are a national daily, you can quote me. I have tenants in Kwara state. Some of them have not paid for the last four or five years and I’ve not asked them to move out. Some of us cannot forget our beginning. I cannot forget my background. We must make life less stressful for the poor. We must make lives more interesting for people to live. We must not allow people to live depressed and frustrated. You cannot get the best from Nigerians when they are frustrated.

When are we expecting a public hearing on the bill?

Well, I just received the referral today and I can tell you that the chairman of the committee, who is going to chair the public hearing is a highly respected man. It’s a man who cares for the masses too. He is a former governor but he’s not far from the masses. Senator Sam Egwu, former governor of Ebonyi State, he is passionate about it and I could see that he agrees with me that we have to do something about it.

Previous PostTiv Youths To Ortom: Forget Trivialities, Invite Osinbajo To Commission Projects In Benue Next PostSTATEMENT ISSUED BY CIVIL SOCIETY NETWORK FOR DEVELOPMENT AND GOOD GOVERNANCE (CSNDG) IN COUNTER TO PERCIEVED MISCOSNTRUE AND MISREPRESENTATION OF THE HONORABLE MINISTER OF STATE FCT